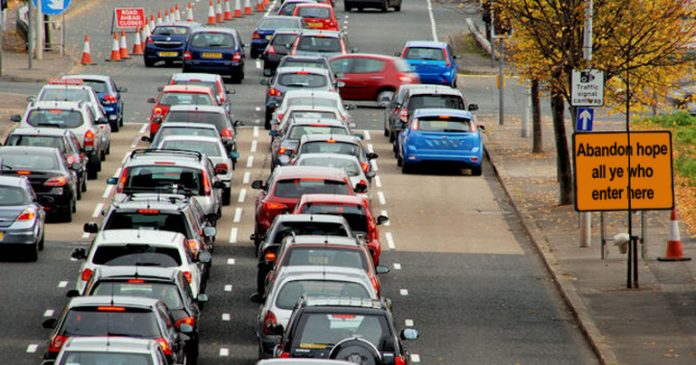 Belfast has beaten off stiff competition from Mexico City, Beijing and Strabane to scoop top spot in a United Nations survey of shite traffic.

“Our judges spent 3 weeks assessing your road network,” we were told by UN Secretary General António Gutties. “Zey were only meant to be here for a couple of days, but it took zem two weeks to get from the airport into ze city centre.”

“They were particularly impressed with zat huge single-storey car-park that you have in East Belfast, how do you say it? Ze Newtown Arseroad?”

“Sadly one of our judges went missing while visiting your city,” continued Mr Gutties. “He was last seen abandoning his car on the Westlink to forage for food. If anyone spots him, please hand him in at the nearest embassy.”

The news comes as Translink executives announced a hike in fares to reflect the increased time passengers spend jammed together on buses staring at traffic jams through steamed up windows.

“Usually prices rise in line with inflation,” said their Head of Marketing, Bruce Field-Parkinride. “We’ve opted to increase our fares in line with de-flation – that sinking feeling you get every time you queue for a bus.”

“It’s only right that if you spent £1.90 to sit on a bus for 30 minutes, you should pay extra if your journey takes twice as long,” he continued. “Which is the norm in Belfast these days.”

We considered approaching someone at Stomont for comment but then remembered they were too busy blaming each other for stuff to be bothered about anything that affected people’s lives.