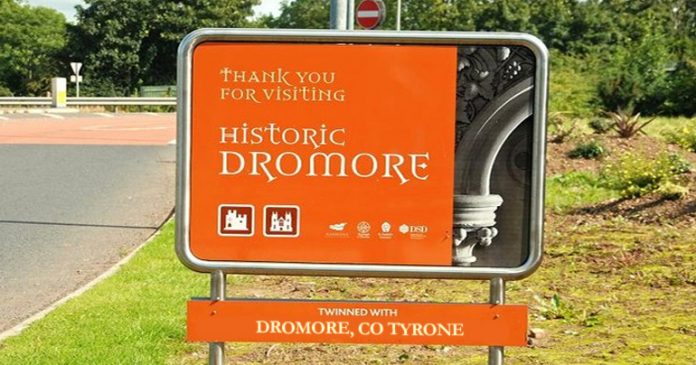 Community relations in Northern Ireland have been given a much needed shot in the arm with a plan to twin towns across the community divide.

The scheme is the brainchild of top academic Professor Colin Glen, who argues that there’s no point in our towns and villages linking “with them foreign places” when we actually know very little about our neighbours.

“Whether you like it or not, it’s fairly easy to work out if a town here is full of ‘themuns or usuns’,” he told us. “You just have to look at the flags, or the lack of them, the names on the pubs, and whether or not the Orange and GAA halls have metal screens over their windys.”

“Under my scheme, Prod and Taig towns are twinned with each other, with exchange visits of local folk to see what the craic is with the o’er surt.”

The scheme attempts to twin towns which already have something in common.

“For a start we’ve paired up the two Dromores – The ones in Co Down and Co Tyrone – they’ve saved a fortune on signage by just putting “twinned with” above their own names. Then we matched up Strabane and Larne, to be honest because we knew no one else would want them.”

Carrickfergus has been twinned with Carrickmore, Forkhill with Markethill and Portadown with Portaferry.

“It’s working a treat. Everyone’s getting on like a house on fire, literally in some places.”

On a more positive note Dr Glen claims to have finally solved at least one long running debate.

“We just twinned Derry with Londonderry,” he told us, “Now you see both names no matter what road you drive in.”