Belfast to bring in overtaking lanes on pavements 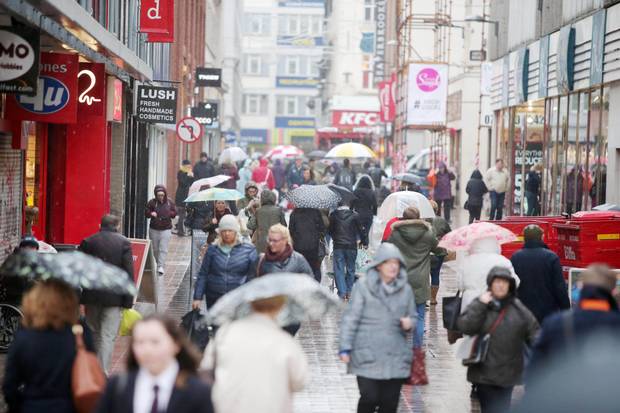 In the light of the introduction of a new 20 mph speed limit and bus lane cameras in the city centre, councillors in Belfast have finally bowed to pressure from fast walking pedestrians to introduce a lane system on the city’s footpaths.

The move comes amid growing concerns about a spate of “pavement rage” incidents which have seen speedier pedestrians getting stuck behind slow moving shoppers. There are have also been reports of walkers being forced to use the bus lane to overtake after the entire footpath became congested with conversational pensioners.

“There’ll be a four lane, two way system on the wider pavements – a slow lane and an overtaking lane in each direction,” says council spokesman Sean Dander. “On narrower stretches we’ll be constructing lay-bus so folk can pull in and allow others to pass.”

The new system will be policed by “fat lane” cameras to ensure that pedestrians don’t cause unnecessary hold ups, with stiff fines for those who do. Facial recognition software will be used at first, though there are plans to require pavement users to wear a number plate front and rear when in the city centre.

However according to the council the move isn’t designed as a revenue raising measure, and is driven by fears for pedestrian safety. “The two way system is essential, one wants to see a repeat of the 12 person pile-up we saw outside the Europa bus depot in November,” says Dander.

Despite this there will still be a boost for the local economy. “People being late for work because they get stuck behind lumbering lard-arses in the morning costs us nearly £12 million in lost productivity each year,” explains council accountant Walter House-Cooper.

“We can use the money raised by fines to reinvest in the pavement network, as well as spending it on trips for councillors to look at ‘sidewalks’ in Florida.”

A similar plan for supermarket aisles has been shelved.