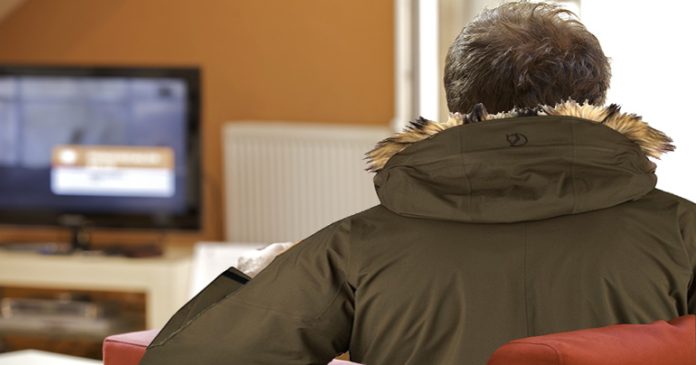 A County Armagh man has been stripped of all benefit entitlements after ignoring repeated warnings about wearing his coat indoors.

It is understood that government inspectors spotted 43-year-old James Barbour wearing a Parka jacket whilst watching television at 11am this morning.

“We immediately issued him with a benefits warning letter,” says David Trench from the Department for Coats (DfC). “These explain that ‘you have the right to wear a coat indoors, but if you do so you are unlikely to feel the benefit of that garment when you go outside, should you chose to do so’.”

Mr Barbour now admits that he ignored this advice.

“As soon as I stepped outside I was clean foundered,” he told us.

Inspector Trench says that these type of scams are becoming a major problem for the authorities.

“We’re even seeing people attempting to claim coat related benefits while in work, a clear breach of the regulations,” he explained.

As a result, the DfC has teamed up with YMRC (Yer Mammy’s Rituals and Customs) to set up a special hotline, to allow members of the public to report neighbours they spot breaking traditional rules that their ma used to set when they were wee.

“If you see anyone not eating their crusts, not going to the toilet before going on a long drive, or crying before their given something to cry about, you can call us on 0800 123 321,” says Inspector Trench.

“On the other hand, if you break your leg while doing it, don’t come running to me.”