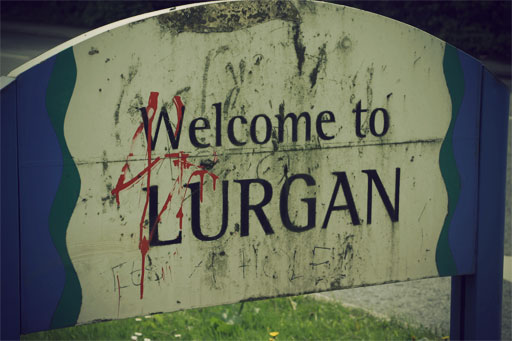 The woman with the hardest job in the tourism industry, Craigavon marketing officer Rhonda Bout, says that local businesses will be “delighted” that the Continuity IRA chose Lurgan to hold an Easter Rising commemoration parade.

“This is just what Lurgan needs,” she told us, “the town has a real image problem and this kind of festive occasion will really put us back on the cultural map.”

Dressed in fashionably coordinating military fatigues, the masked men carried a range of colourful flags past almost 12 supporters as they made their way to a cemetery. Once there, the member of their organisation who passed GCSE English had a stab at reading a statement, before everyone went home.

Experts believe that the impressive show of strength has made a United Ireland a staggering 0% more likely than it was before the event.

UK Prime Minister David Cameron called his cabinet together to discuss an immediate withdrawal from Northern Ireland, and Unionists were said to be “impressed” by the parade, so much so that a senior DUP spokesman said that his party “really quite fancy giving the whole United Ireland thing a crack, probably next year.”

However these dreams of unity were swiftly shattered by Tayto Cheese and Onion’s exit from the Twitter based World Cup of Crisps.

“No one could agree whether they were voting for Tandragee Tayto or Dublin Tayto,” says Shaun Cocktail, author of the best selling book The Politics of Snacks. “Our crisps fell at the first hurdle, cementing partition for at least another generation.”

As a result of this crisp based rivalry everyone in Northern Ireland has gone back to slagging each other off on Facebook.