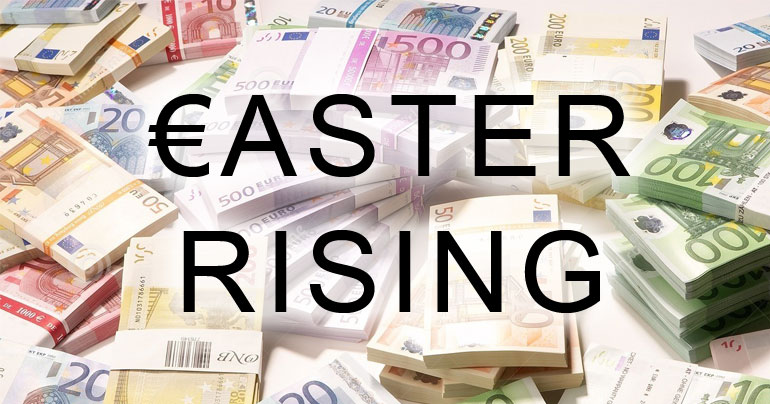 ‘Tis the decade of centenaries and people all over the world are crawling out of the woodwork to commemorate this, that and the other. When there’s an event to celebrate, you’ll find people that are able to do it respectfully and others that wouldn’t know the meaning of the word if it beat them up the bake. Then there are the chancers sticking their arm in flogging some nasty aul tat.

We at the Ulster Fry have hunted out the top ten tackiest pieces of Easter Rising memorabilia out there for your amusement. 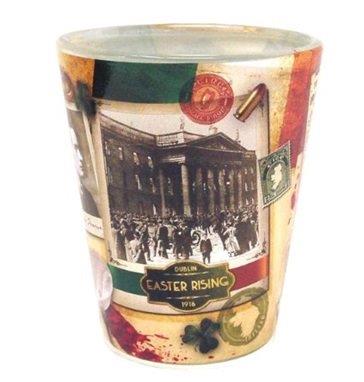 Remember when everyone that took part in the Rising went on a huge piss up after it and got lit to the hilt? Us neither because they were either shot dead or lifted. 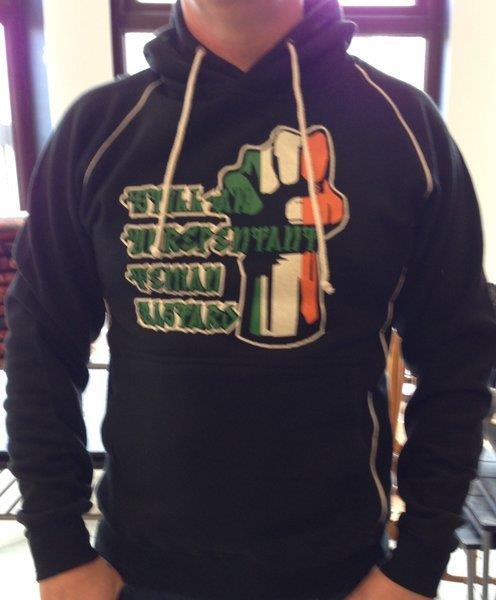 This hoodie sports not only an illegible slogan but the official image is as blurred as this supplier’s skewed version of history. The text reads ‘Unrepentant Fenian Bastard’. We’re sure De Valera would choke on his snack of Cheese and Onion altar rails at the sight of this apparel. 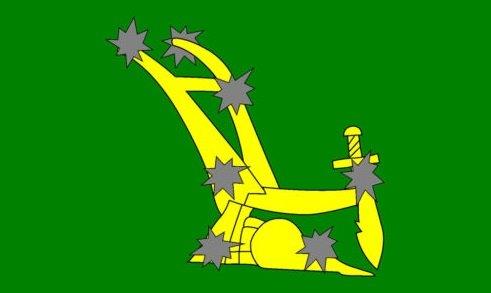 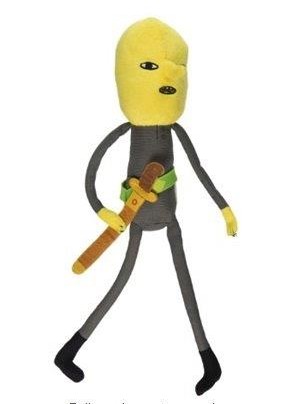 We don’t know what thesuns are drinking but they appear to be selling a Starry Plough flag designed in Paint and it’s came out looking like Lemongrab from Adventure Time trying to stab himself in the head with his sword.  As wee Lemongrab himself would say “Unacceptable!” 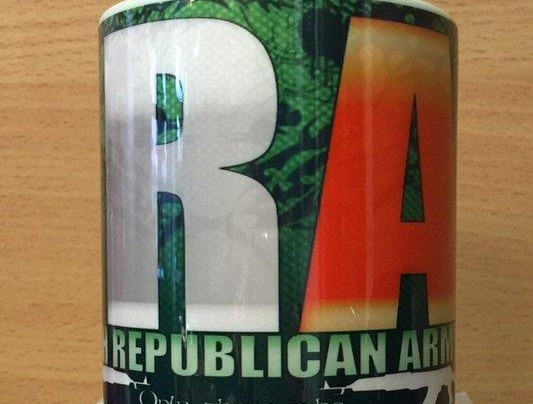 They may have gone away but they’ve left a varied selection of threatening merchandise.  Wannabe provies can sip their hot beverages and toast their thanks to Connolly and Pearse.  This mug also doubles up as a silent but deadly threat to any cold callers to the front door. 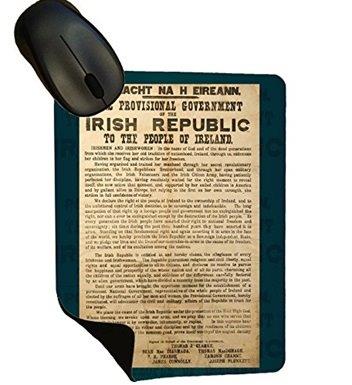 This mouse mat is the ideal present for anyone whose Da spends their entire life on the internet arguing about Irish history.  With this handy mousemat they can recite excerpts from the Proclamation without having to open up another tab to google it. 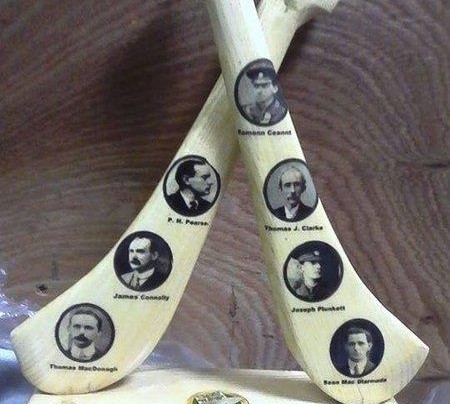 We’re guessing the makers of actual hurls will be spitting ash at the state of this poorly designed pointy hurl ornament.  Where would ye even display this crap?

7. Ireland steroid free will never be out of reach 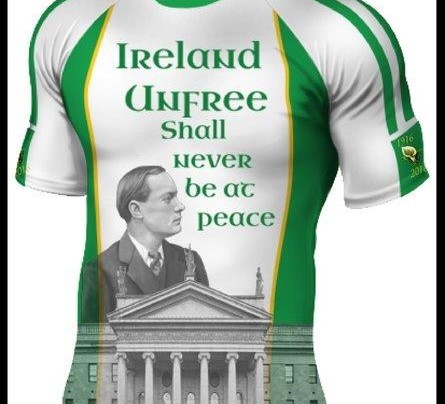 Going by this image, it seems there’s a market for gym bunnies who are not adverse to a bit of chemical enhancement. Padraig Pearse is known for his writings on the benefits of wearing 100% breathable polyester fabric, isn’t he?

8. What was that about kicking sectarianism out of football? 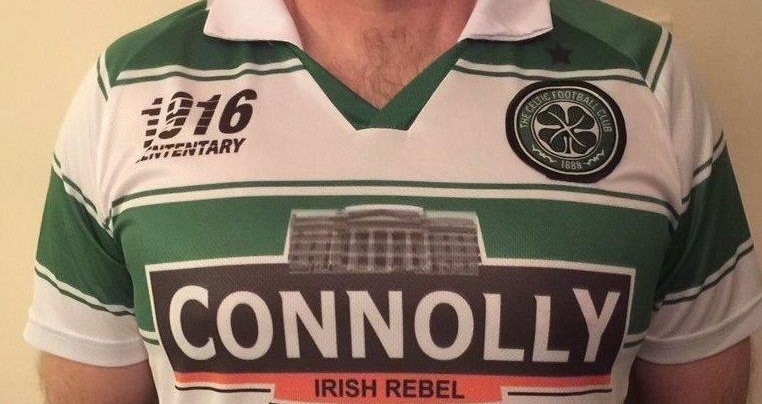 We’ve had a look on the official Celtic Football Club website and can’t find this in their shop for a wee price comparison check.  The only connection we can make to Celtic Football Club and the Easter Rising of 1916 is that James Connolly was from Edinburgh, forty-six miles away from the Glasgow club.

9. A bar of Ghogolate anyone? 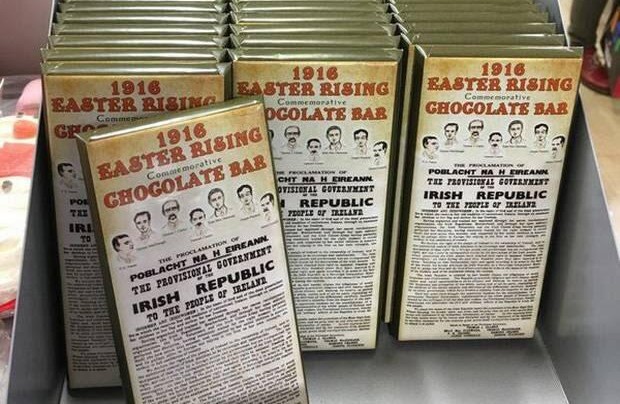 A product Willy Wonka would be proud of.  As if there isn’t enough chocolate based products around at Easter, there’s now this.  We guarantee you’ll not be rising anywhere this Easter if you eat too much of it. 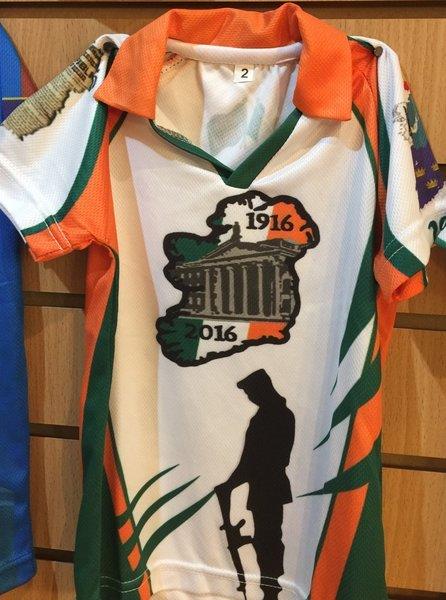 We don’t know what’s worse – the shadow of a gunman, the overuse of bold ink map of Ireland or the fact that this tshirt has specifically been designed for a two-year-old child.