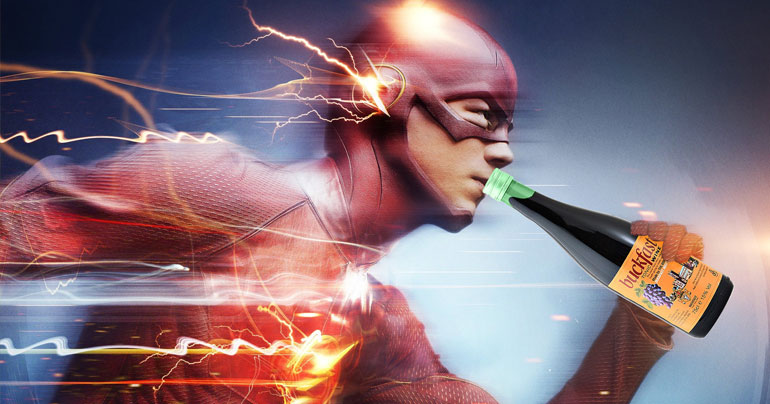 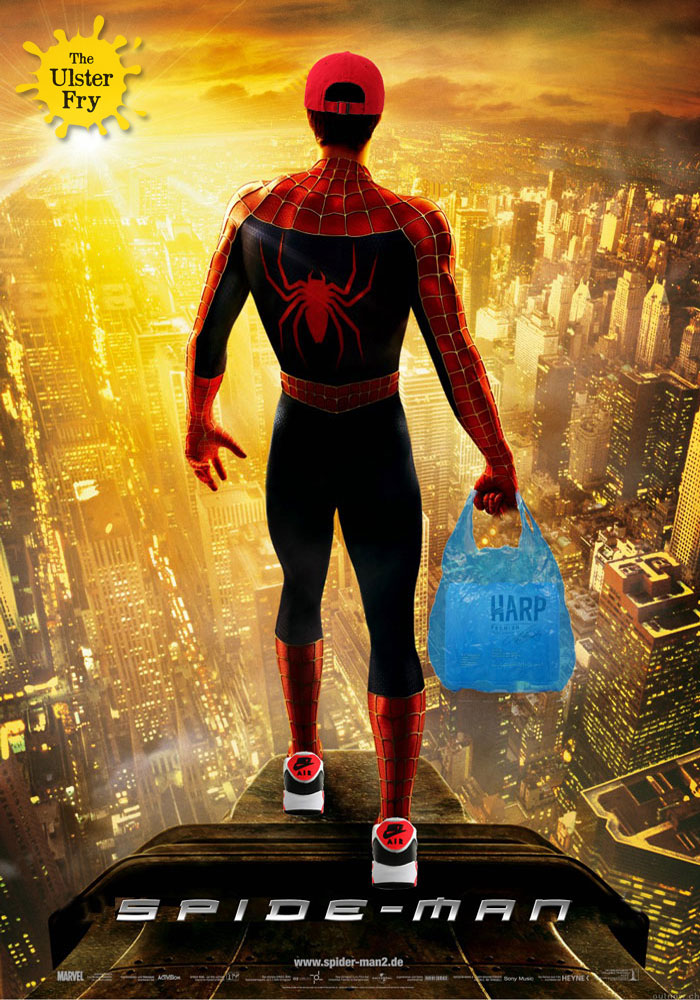 After being bitten by someone off their ballix on legal highs, nerdy student Paddy Parker begins to lead a double life. A geeky teachers pet by day, a pain-in-the-hole social deviant who would drive you up the walls by night. 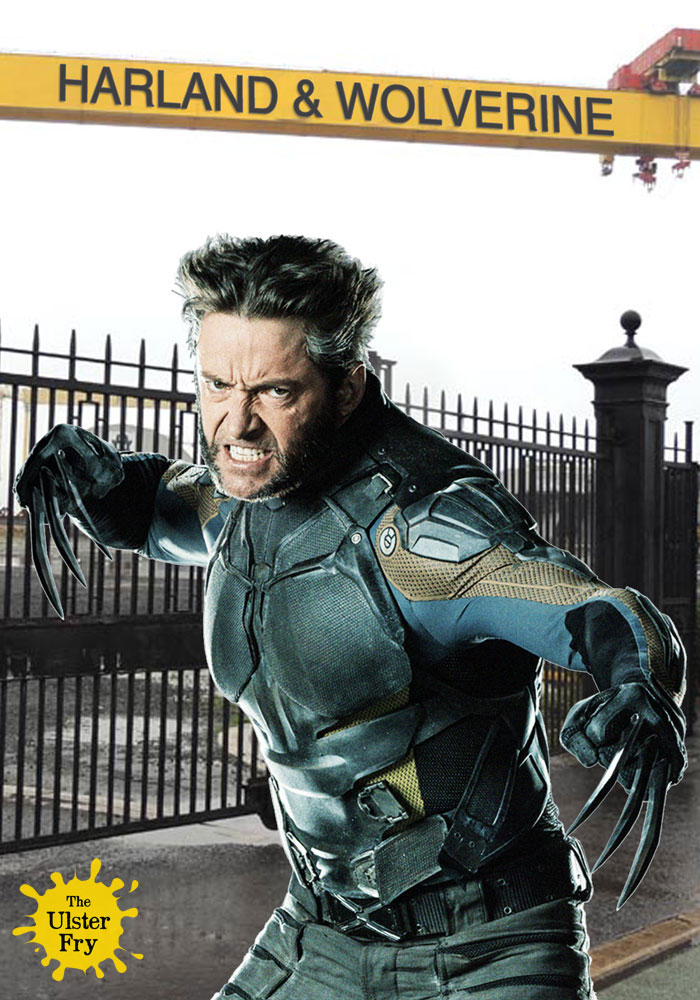 After losing his job, ship builder Jimmy “Slogan” Howlett goes buck mad and spot-welds six steak knives into a pair of gloves.  He later joins a team of Ex-men from the shipyard to play darts at the Welders Club. 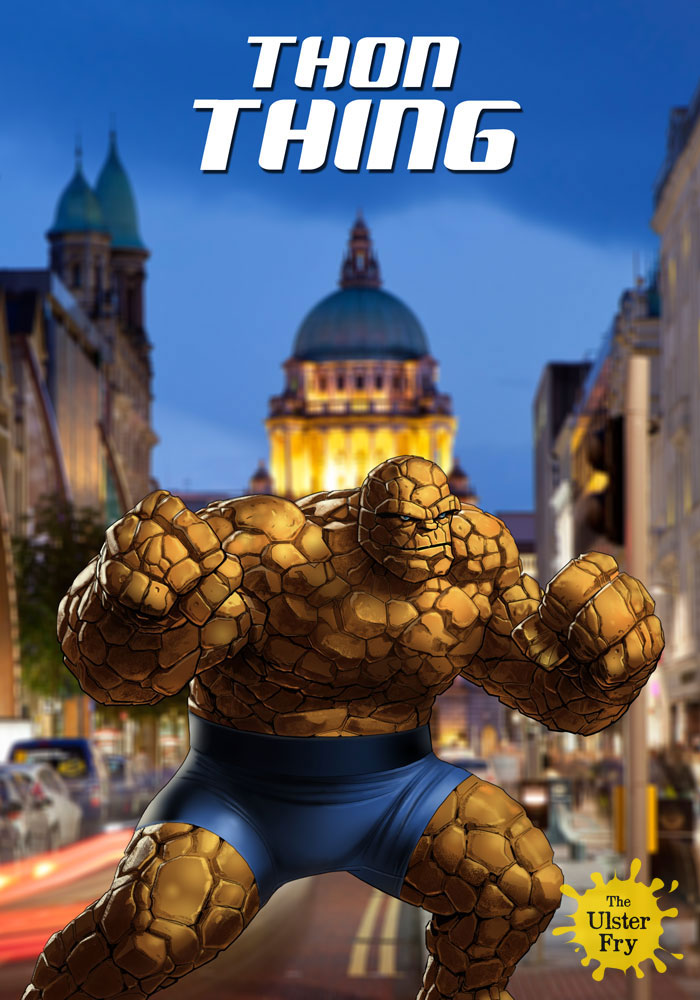 After necking a concoction of Jager, Aftershock, WKD and a rake of other shite as a bet, Ben Glum wakes up even harder than usual after mutating into “Thon Thing”.  His impenetrable rock skin is later defaced by Spide Man, who writes “IRA” on him in white emulsion. 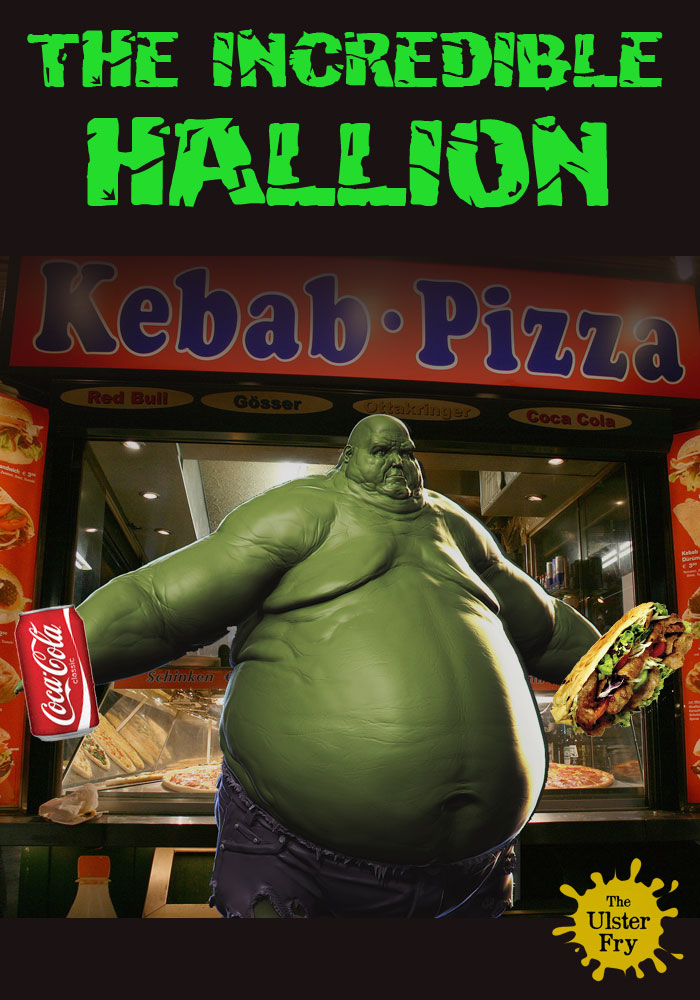 During a failed experiment at Queens, East Belfast student Bruce Bunting is bombarded with Gammy Radiation to become The Incredible Hallion.  He doesn’t wreck buildings or smash cars up, but his Ma’s heart is broke feeding the hoor. 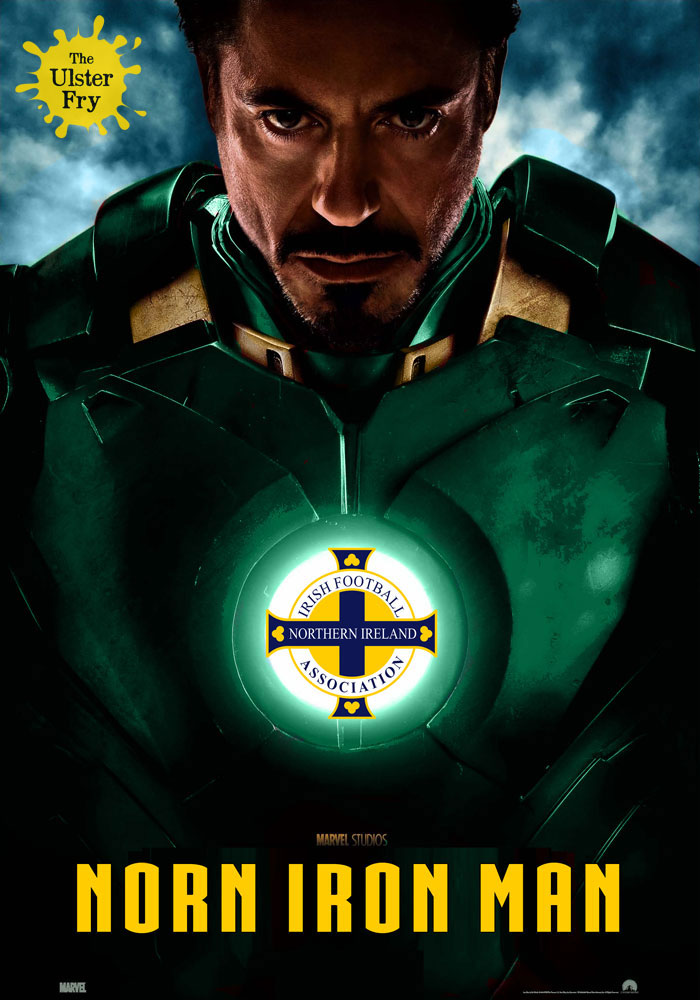 Captured by spides in Cavehill and forced at knife point to chip their Sky box, Belfast electrician Tony Spark escapes by building a super-suit using his Norn Iron jersey and old parts from a 1983 Ford Cortina. He’s now a champion of local football and has just bought the naming rights to Windsor Spark. 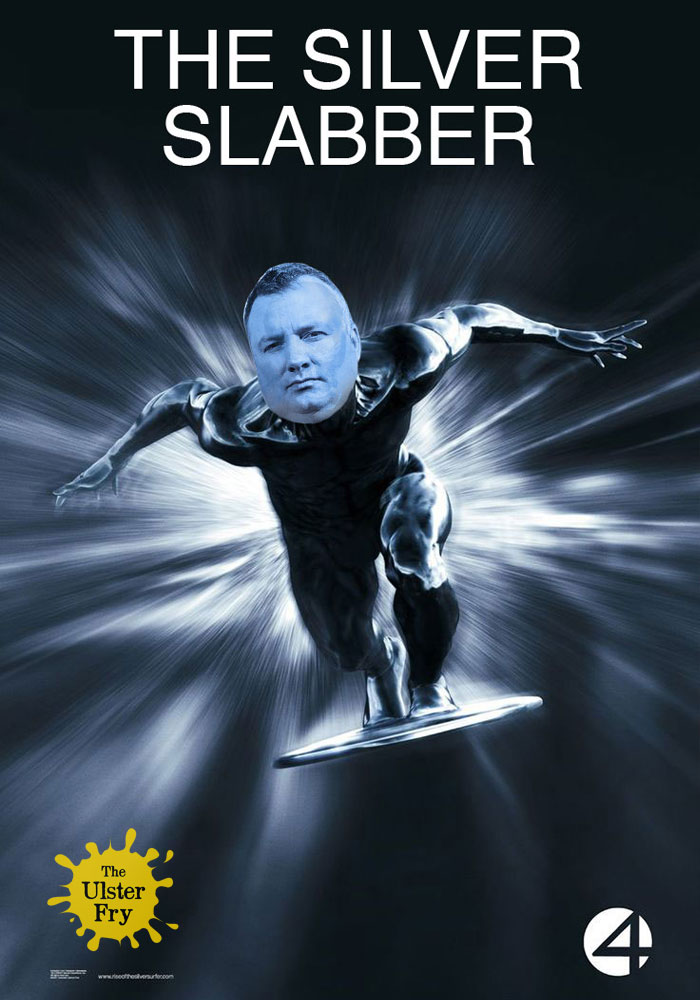 Surfing the airwaves of Ulster each morning, the Silver Slabber’s uses the biggest surfboard in the country to find misery in every-day situations. 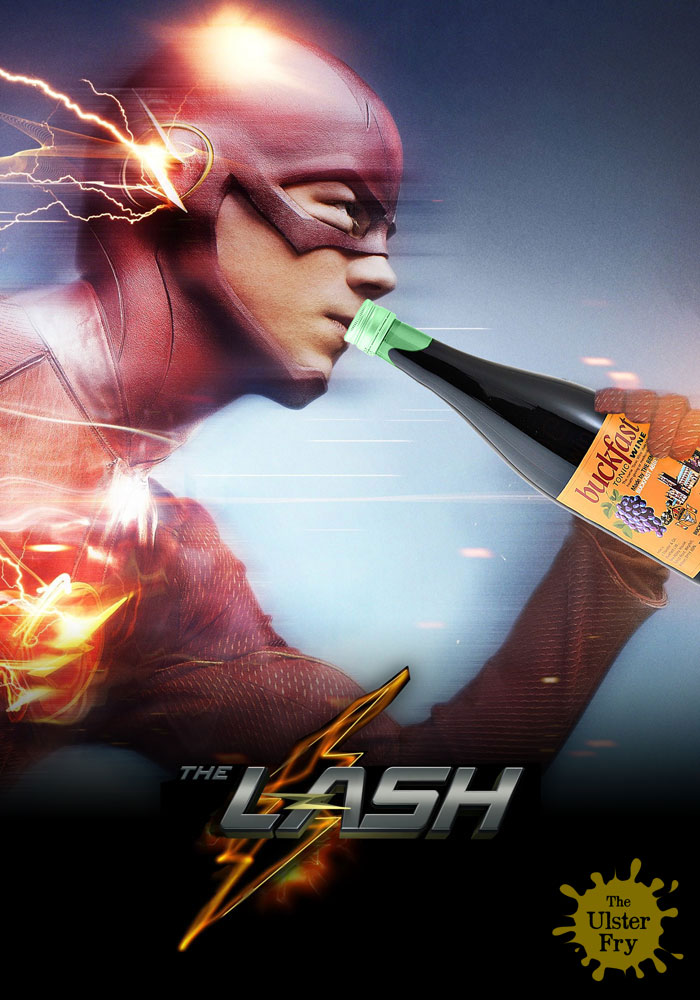 Local student Garry Allen is transformed into super-fast buckie drinker ‘The Lash’ after a freak electrical storm whilst necking a half bottle. 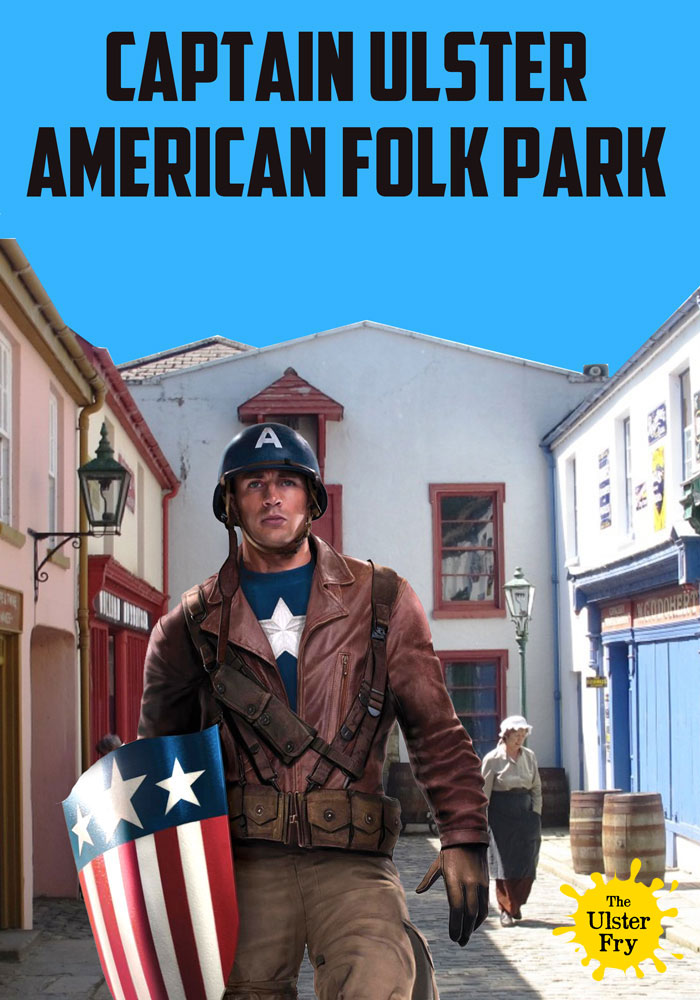 Discovered foundered in the bottom of a chest freezer on the outskirts of Omagh last year, Captain Rodge Steevers now takes tourists around this famous attraction before booting them in the hole. 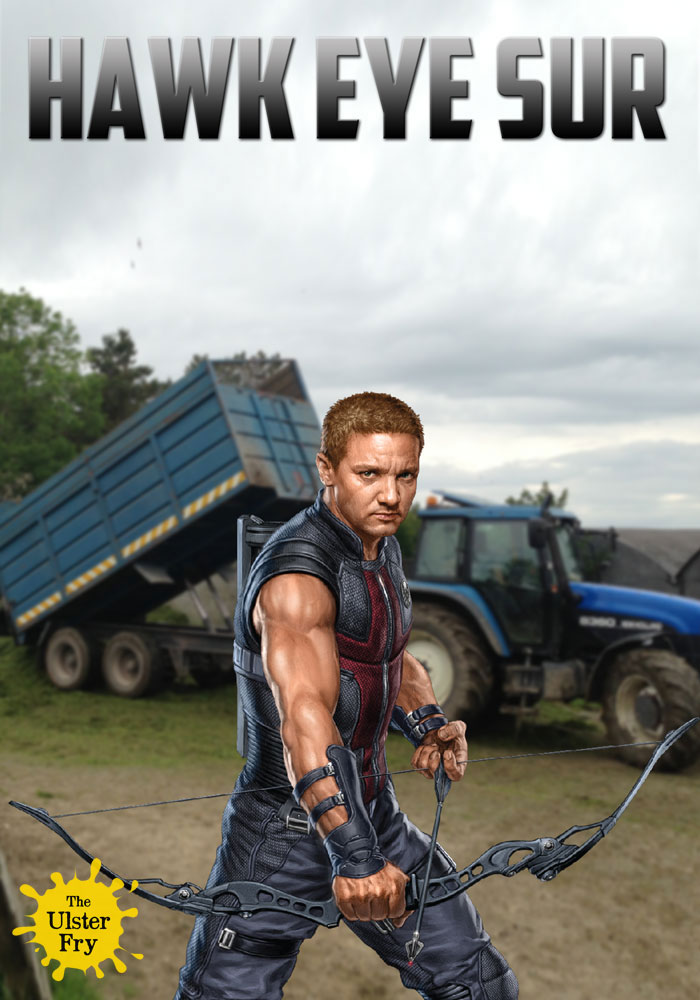 As seen in last year’s hit movie, Avengers : Age of Ulster, Agent Skint Barton aka. ‘Hawk Eye Sur’ lives on a farm up the country and rounds up cattle with his trusty Bow n Arra. 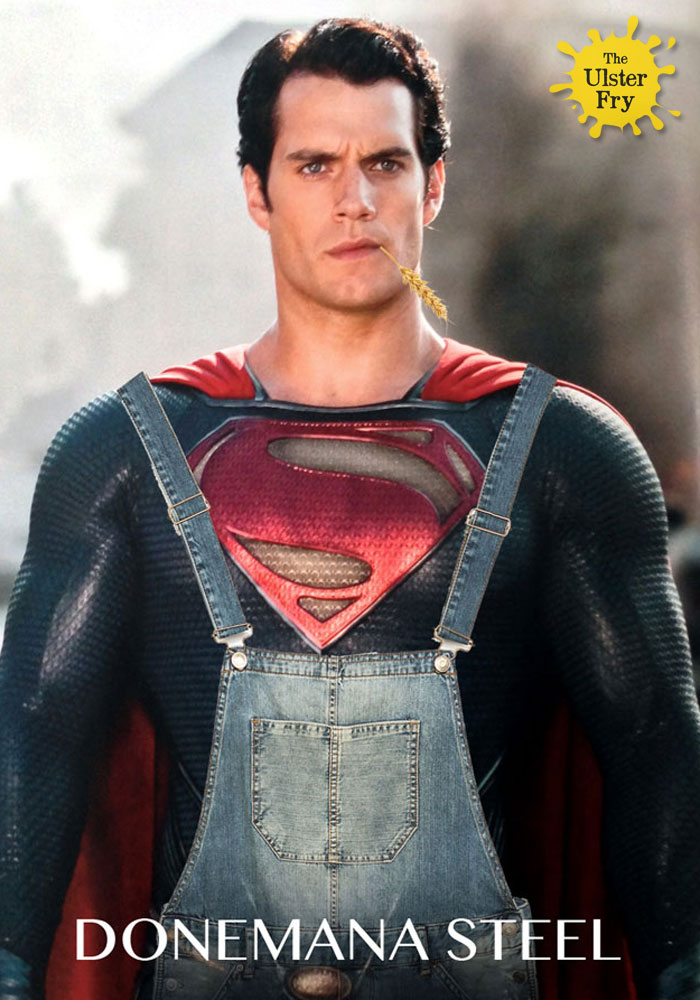 After crash landing in Tyrone and being adopted by the Cant family, last son of crap town, Clark Cant, turns down a job as a reporter at the Belfast Telegraph to stay on the family farm rearing cattle and holding up traffic for miles in a beat out Massey Ferguson.