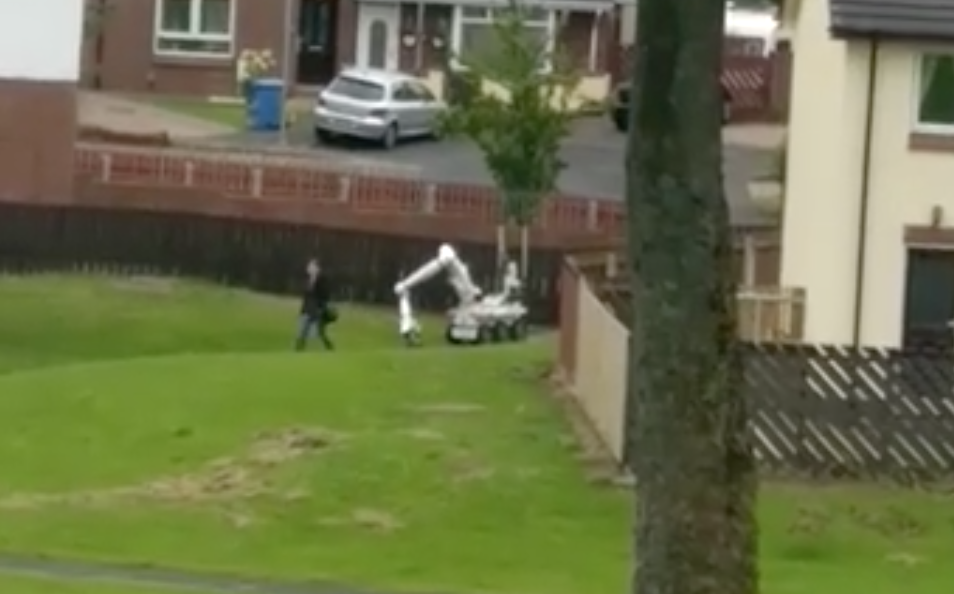 The woman at the centre of last night’s bomb scare drama in Derry was on her way to give politicians at Stormont a good boot up the hole, claim PSNI sources.
“She told us she’d had enough of all their dicking about” said officer Len Drover from the PSNI’s Hoax Bomb Scare Division. “She had just watched another depressing news report on UTV Live about talks dragging on & on and decided to stick her coat on and go and sort it out herself.”
“She did notice the massive robot at the bottom of the path” he continued. “but to be honest the kids around here usually get stuff like that for Christmas, so she didn’t batt an eyelid”
Sources at Stormont have since verified the story, after a mysterious woman turned up at this mornings negotiations, hit everyone with a massive handbag and then proceeded to give them all a high-speed ‘barging’, the only understandable parts of which were ‘aye’, ‘hi’ and ‘know whatta mean lik?’
“Colm Eastwood and Gregory Campbell had to interpret” admitted Edwin Poots. “But what she basically was saying was that we’d need to get the finger out, do some actual work and stop sitting around scratching our holes for a fat pay cheque.”
“Which is a load of ballix” he added. “Sure we get paid by direct debit now!”