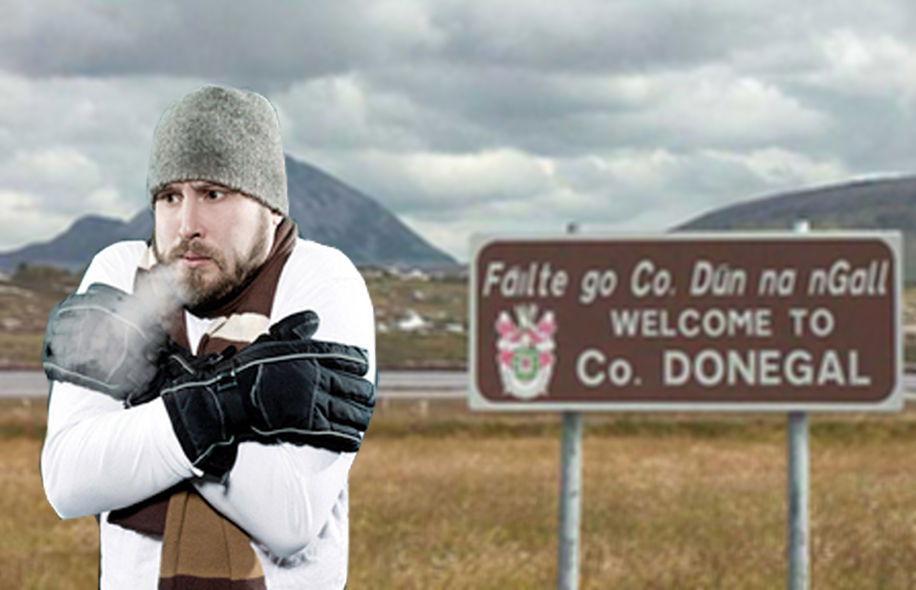 Derry wans are pure raging according to reports, following the bizarre news that the place over the border they go to for dodgy diesel and pokes has been named one of the ‘coolest’ places in the entire world to visit.

“Your hole it is!” said Ralph Mullan, a 27 year old retired painter and decorator from Creggan. “I was down in Culdaff last week and Donegal wans still turn their jeans up and think dootsy checked shirts are the height of fashion!”

“The men are just as bad” he added.

National Geographic, who published the list admitted that they ‘made a whole balls of it’ and that a simple communication mixup had led to Donegal’s inclusion.

“Ah FFS! We meant ‘coldest’, not ‘coolest’!!” said National Geographic editor, Sally Bofey earlier. “The place would freeze the hole off you sure. Even dead warm sounding towns like Ramelton and Burnfoot would f**king founder you.”

“Although their Turkish Delights are far nicer” she admitted.

The news has been confirmed by Star Wars actor Mark Hamill, who recently spent some time in Malin Head filming the latest instalment in the saga.

“I hadn’t a clue what anyone was going on about.” admitted the 65 year old Luke Skywalker star. “People kept asking me if I wanted a ‘can of mineral’ or a ‘special of football’ or some shite. My head was fried listening to them.”

“So we would sneak out and head to Derry instead” he revealed. “We’d hit the Ice Wharf for a rake of cheap JD & Coke and then rock up to Da Vinci’s to shift a coupla birds.”

“Sadly Jedi mind tricks don’t work on Derry weemin though” he added “So I didn’t get me hole.”

“But on the plus side I got some cracker photos of the Peace Bridge!”