Exclusive: on the run monkeys “just wanted a better life” 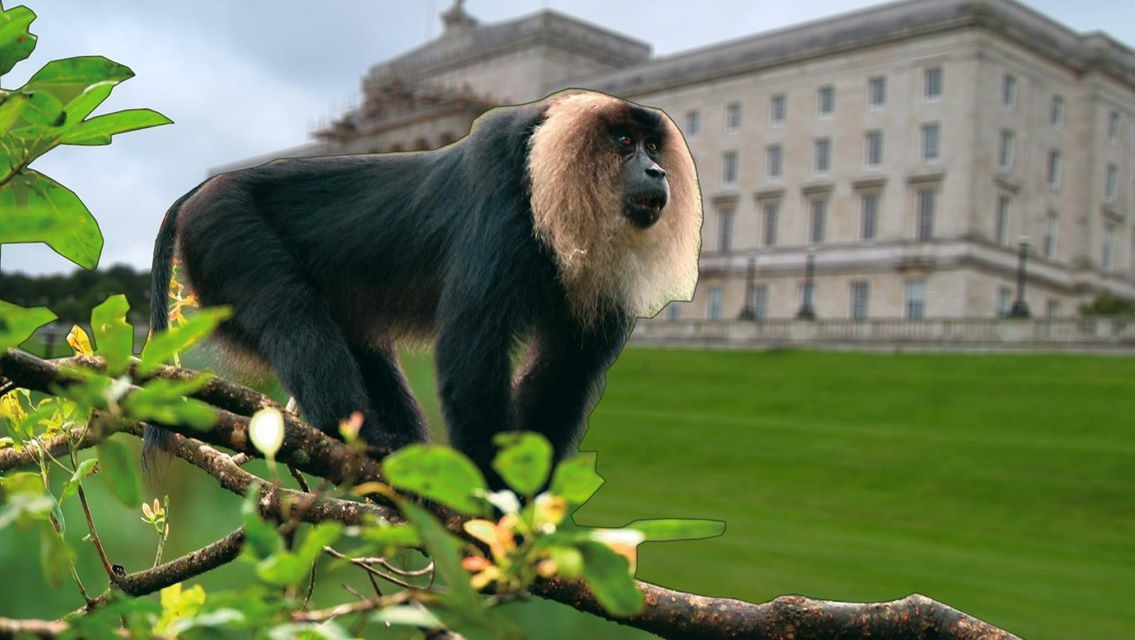 The two monkeys who made a break for freedom from Belfast Zoo were “just trying to escape the madness of living here”, and intent on seeking political asylum in Edinburgh. At time of going to press only one of the lion tailed macaques, who asked to be called Bo-Bo, remains at large. We caught up with him at his hideout on Cave Hill, where he gave us this exclusive interview.

“You have no idea what it’s like in there,” he told us. “Every day it just gets more and more insane. For a start, the whole place is divided along sectarian lines, with huge fences dividing one species from the other. Even in the few mixed areas, like the birdhouse, everybody seems to stick to their own kind.”

“The politics of the place is totally mental,” he went on, “there’s a whole fuss at the moment because one of the elephants asked for a fairy cake rather than one of the usual buns. The keepers wouldn’t let him have one, and now they’re up in court.”

“It’s got even worse since the election started. Last time round a red panda took a seat in the zoo parliament off the chief gorilla, so now the gorillas have made a pact with the chimps against her and some the meerkats. Now all they do is shout at each other on the Penguin Nolan show.”

“They’re all hypocrites,” Bo-Bo claims. “The meerkats let on they hate snakes, then it turns out a whole load of them secretly got pardons for all the crap they got up to in the old days, from the Royal Python no less! And they go on as if butter wouldn’t melt when even the prairie dogs in the street know they’re laundering fuel along the border of their enclosure.”

Choking back tears as he told us of the capture of his friend and co-escapee Mr Fluffles, Bo-Bo made an impassioned plea for our support. “We just wanted a chance for a better life,” he said, “so we made our break for freedom.”

“The whole atmosphere stinks in there, and not just of giraffe shit,” he concluded, “I mean, I never thought I’d see animals behaving like that, they’re worse than people.”