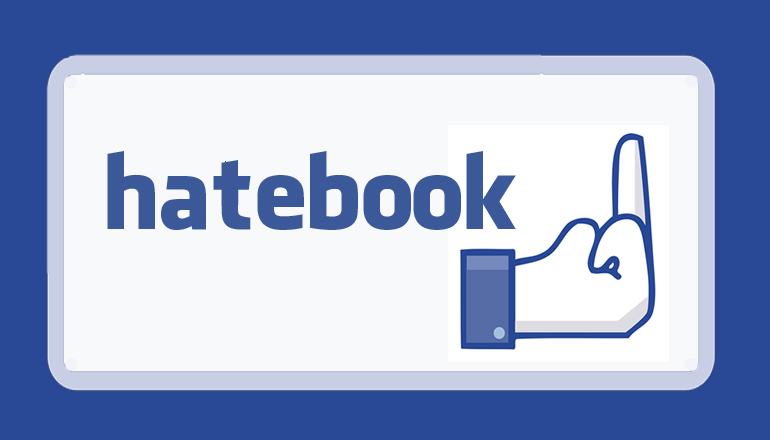 Facebook supremo Mark Zuckerberg has revealed plans for a new Northern Irish antisocial-media site which will allow users to spew all manner of bigoted bullshit.

Provisionally named Hatebook, the new platform is specifically designed for people who want to create ‘cultural’ and ‘political’ pages, so that they can argue amongst themselves without normal folk being forced to read it.

Internet analyst Jack Bebo told us that “in recent years we have seen a dramatic increase in pages calling themselves things like ‘No Surrender to the Pope, Save our Flag’ or ‘The Queen Eats Irish Babies, Stick Your Flag Up Your Arse.’ The admins of these sites seem to trawl each other’s pages looking for things to be offended by, whilst conveniently ignoring all the offensive material on their own.”

“For example, you might see ‘The Queen Eats Babies’ find a photo of a flag covered bonfire on the ‘No Surrender’ page, and share it to show what bigoted bastards themuns are. A month later it’ll be the other way round and the ‘No Surrender’ crowd will be going on about a bonfire with a Union Jack on it. All the while their followers will be commenting on how bigoted the other side are, whilst slagging off their rival’s spelling and calling them things like Gluebags or Soap Dodgers. Then they’ll all report each other to Facebook for hate speech.”

Hatebook will mirror ‘normal’ Facebook, except the platform will offer users ‘Pages you may not like’ and ‘People you may hate’ so that both sides can find stuff to be offended by. “Local press and TV outlets will be included,” says Bebo, “to allow Hatebook users to get into those huge arguments that always rage about things like whether Rory McIlroy should wear green socks.”

Zuckerberg himself admits it’s time for change. “I didn’t set up Facebook so that people in Belfast could find new ways to insult people they’ve never met,” he told us, “I set it up so folk could share pictures of their dinner.”