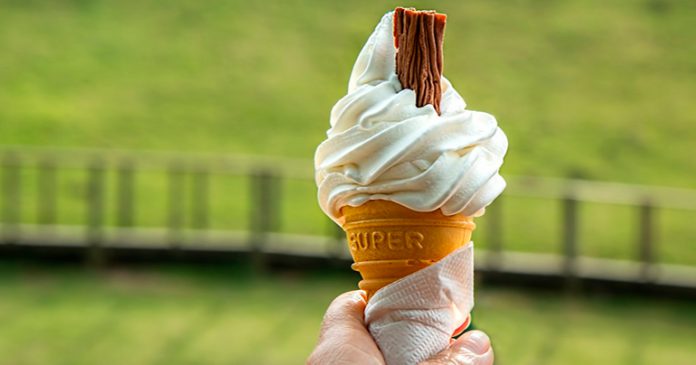 The Northern Irish tourist industry could be facing a difficult summer after government inspectors revealed that the highly contagious “Cornettovirus” has been detected on the North-Coast.

The terrifying disease was first detected in a Mr Whippy pokevan operating in the Portrush area, and is believed to have already spread to surrounding areas.

“This is a serious condition which can have devastating consequences for anyone who catches it,” says Dr Sue Pository from the Northern Ireland Centre for the Study of Fictional Illnesses.

“Sufferers first complain of having an urgent desire for a poke on a Sunday afternoon, even in the dead of winter. This soon becomes so overwhelming that they’ll drive huge distances to rural towns to find a Morelli’s, Maud’s or Graham’s ice cream shop, so they can satisfy their cravings.”

“Soon, the physical symptoms begin to appear. Sufferers first complain of a cold feeling in their mouths, followed by slippery palms as the ice creaminess spreads to their hands.”

“In the worst cases the skin can break out in sprinkles or go flaky, although one patient’s claim that a full ninety-nine cone had grown out of his arse was found to be exaggerated.”

As result of the crisis, Portush airport has been closed to traffic and travellers have been urged to avoid the Antrim coast.