Fury after new Ballymena resident cuts grass on a Sunday 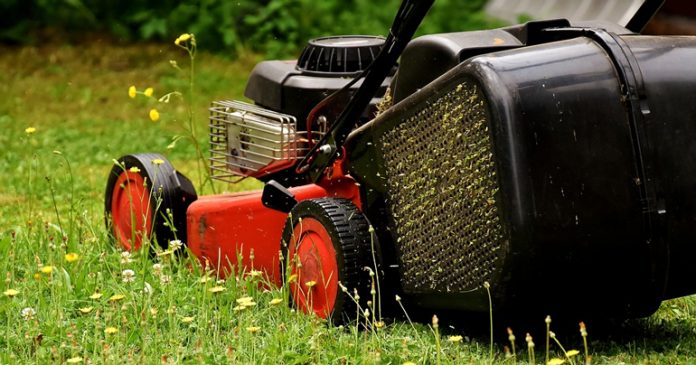 “I was pretty sure he was one of us,” was the most common reaction in Ballymena this evening after a man described locally as a “blow in” was observed mowing his front lawn on the Lord’s Day.

It is understood that 34-year-old Steven Walsh took his Qualcast corded rotary lawnmower from his shed at 3.30 pm, and proceeded to brazenly cut his grass, despite this being against the 4th commandment.

“I wasn’t too sure of him when he moved in,” says fellow Queen’s Drive resident Herbert Robinson, “I mean, you can’t tell with a name like that, but now I’m pretty sure he’s one of themuns.”

However local themun Fintan O’Neill disagrees. “I’ve never seen him doing anything stereo-typically ‘usuns’,” he claimed. “I mean, he’s never in the pub on a Sunday, and I’ve never seen him wearing any O’Neill’s sportswear. I’ve also heard he spells his name with a ‘v’ rather than a ‘ph’, which is a surefire sign of the heretic.”

The confusion has since spread to neighbouring estates, where several residents took advantage of the sound of Mr Walsh’s lawnmower to do hoke out their power tools.

“I’m always worried about what the neighbours will think,” we were told by one gardener, “As soon as I heard him start up I was out the back with the chainsaw, cutting everything in sight.”

The PSNI have confirmed that they have had several reports of illegal Sunday gardening, and are preparing a report for the Director of Ridiculous Prosecutions.