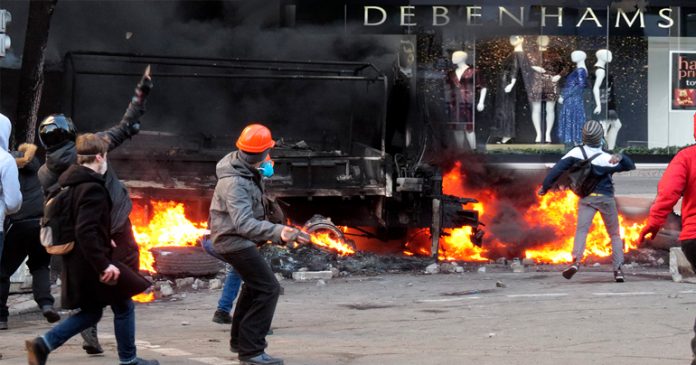 There were chaotic scenes outside Debenham’s this afternoon as an angry mob gathered to protest against having to buy a load of expensive shite for Gay friends who get married.

Four people were arrested after they attempted to gain entry to the manager’s office amid rumours that the store’s website may add a new Gay wedding list section, packed with scented candles, fabulous cushions and assorted slightly camp but tasteful home accessories.

“I’ve spent years building up a wide circle of Gay friends,” we were told by Antrim Woman Sandra Fury as she threw an ironing board through the window. “I never thought I’d have to fork out £150 quid on a bread maker for Dave and Brian. It’s a disgrace.”

“I’ll have to shell out a couple of hundred quid on a suit now, then only get to wear it for one day for her sister’s wedding as I’ll be too fat for it next time. That’s if I don’t rip the arse out of it at the reception. Do Gay folk do ‘rock the boat’?”

Gay people, meanwhile, are secretly dreading the stuff that straight people will buy them as wedding presents.

“I’ve seen the shape of your houses,” we were told by one local Gay stereotype. “If I wanted a load of stuff that didn’t match and a sign that said ‘Live Love Laugh’, I’d turn straight and marry a woman from Dundonald.”