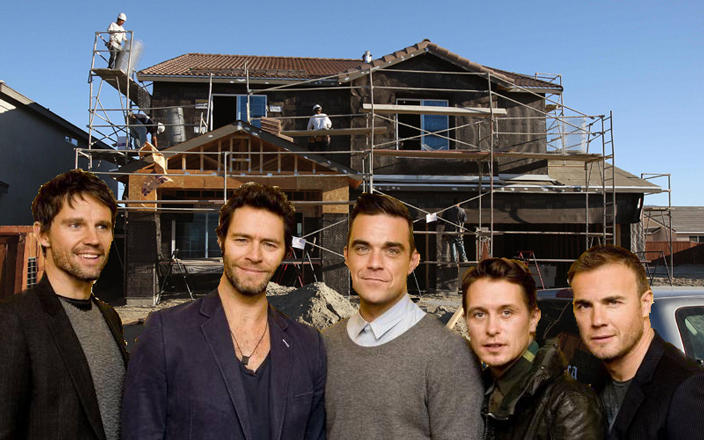 There was anger in North Belfast this morning after it was revealed that former Take That singer Jason Orange is planning to invest over £15 million of his fortune in a new housing development in the Ardoyne area.

Mr Orange, who has moved into the property business since leaving the chart-topping group, was dismayed that his proposed development met with such an angry reaction when he unveiled his plans at a public consultation.

“I was hoping to build a small estate with the streets named after the different members of the band,” he told the Ulster Fry. “I had Williams Avenue and Barlow Crescent, Owen Park and Donald Road on the application, and all of these were fine.”

“However when I mentioned that I also intended to have an Orange Parade in the new development the audience at the consultation went clean mental, I had to be escorted off the stage by my security staff.”

Speaking through an interpreter, Ardoyne Residents Collective spokesman Cathal O’Fended told us that the former singer’s plan for the area was totally unacceptable. “Williams Avenue is bad enough,” he said, “That would have to be renamed Liam’s  Avenue, but there’s no way we’ll accept an Orange Parade.”

In a similarly tenuous dreamt up story there were protests in a Ballymena branch of Tesco after the Sunblest Bakery announced plans for a new range of breads named after dead soul singers.

It is understood that the shoppers were fine with the Redding Veda and Cooke Soda breads, but set fire to the bakery section when someone spotted a Gaye Pride loaf.