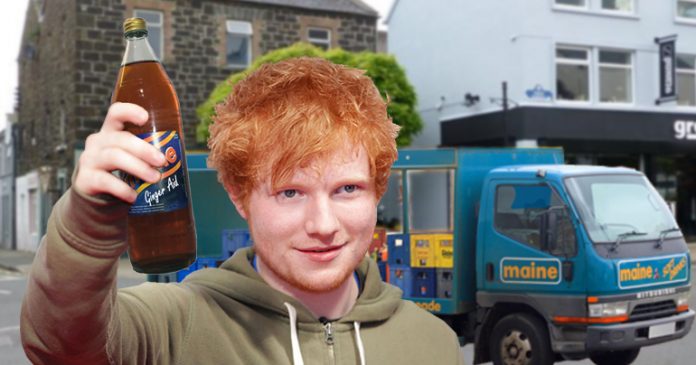 Businesses and celebrities have come together to support a new charity which hopes to alleviate the plight of Gingers struggling to cope with the hot weather.

Speaking at the launch of ”Ginger Aid”, celebrity supporter Barra Best told an invited audience that it was important to raise awareness.

“We need people to realise that if you leave a Ginger outside in these hot temperatures they could burn up completely,” he said. “If you do own a Ginger, make sure to keep them in a shaded area, with a bowl of suncream in case they accidentally step out of the shadows.”

Local firm Maine Soft Drinks are backing the charity, selling a new drink called Ginger Aid to raise much needed funds. “All profits from this go straight to the charity,” says Maine man, Blaine Mahon. “It only takes about 100 bottles sold to help a village of Gingers build a well. I’m not sure why, maybe they can hide in it or something.”

A fund raising single has also been released.  Based on the Band Aid hit of the 80s, Do they know it’s summertime? features celebrity gingers including Mick Hucknall, Ed Sheeran and Geri Halliwell.

“‘The lyrics are very moving,” says Hucknall. “In summertime, there’s no need to be afraid… In summertime, just wear a hat, and stay in the shade.”

The money is already flowing in. “So far we’ve raised over £13.80,” says Best. “That’s enough to send a bottle of Factor 50 to Strabane, by second class post anyway.”

Anyone wishing to donate to the charity can do so by sending money to Ginger Aid, Room 4,  Ulster Fry Towers, Northern Ireland. Please make all cheques payable to cash.