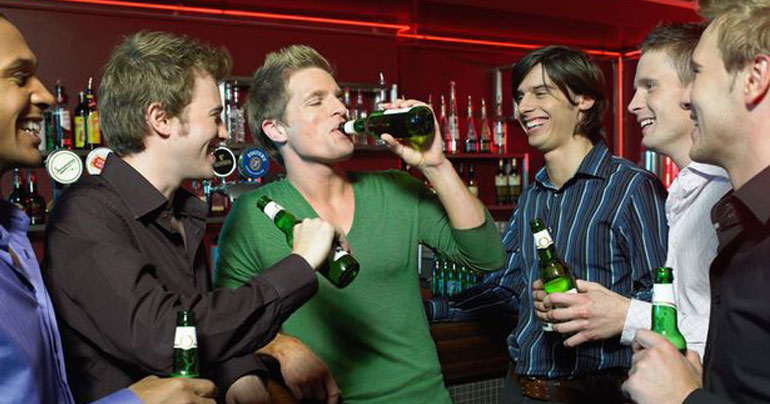 There was heated debate at a local pub last night, after 37 year old mastermind Brian Box began boasting about his 1995 A-level results, thus sparking an intellectual dick-measuring contest between all his grown-up friends.

Box who once achieved two A’s and a B in three dull subjects twenty years ago, regaled onlookers with stories of his younger self’s missed academic potential, shortly before be dropped out of university to work in Tesco after getting some doll up the duff.

Mocking his friend Paul’s slightly lesser two B’s and a C, Mr Box, who now works in a local call centre, further demonstrated how much cleverer he is than company director Paul, by comparing their 22 year old GCSE results and then reminding him how ‘class’ he was at algebra as a teenager.

“Remember the day you thought Nelson Mandela was a big stone pillar in London?” laughed Box. “Or that hot magma was sort of ice-cream ye stuck in the microwave? Jees sir, you were simple at school!!” he quipped, shortly before tapping him for a lend til next Tuesday.

Not content with nostalgically time travelling back two decades however, the group then began competitively sizing-up each other’s primary school intellect by comparing 11+ results. Eye-witnesses report that this quickly descended into an intense ‘slabbering match’ though, with lots of slagging about whether they’d got into to a decent grammar school or not.

“Ah, ye missed all the craic up at the grammar school McKeever” shout Box to the man pulling the pints. “Hated every minute of it like… teachers were Nazis, uniform was wile looking and I still haven’t been able to use a word of thon Latin shite… but if ye had passed your 11+ like us clever c**nts – at least you’d have something to boast about in the pub!”

“Anyway, any chance of a lock-in for your oul buddies?” he added finally. “Saying ye own the place now and all!”