Having an Oxford Geometry Set won’t get you into the University, say educationalists 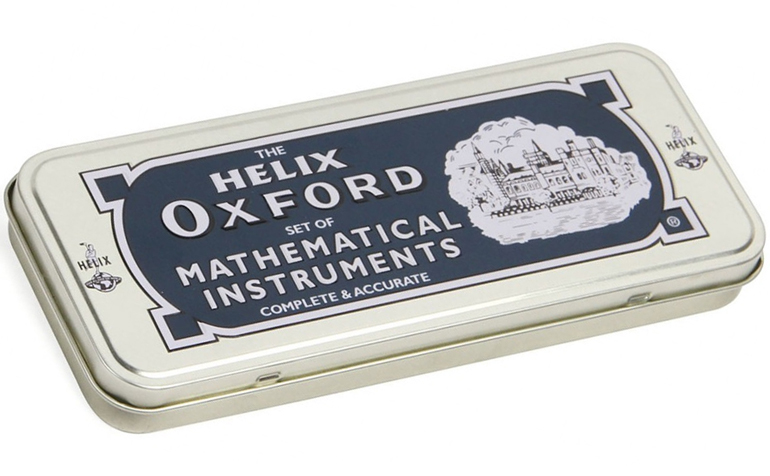 For children up and down the country making their “back to school” purchases, this famous little metal tin of mathematical instruments has traditionally been viewed as the Rolls Royce of stationery. However for many parents it is also appears to be seen as a gateway to higher education at one of the UK’s most prestigious universities, a view described as ‘sadly deluded’ in a new report released today.

“Basically, ownership of an ‘Oxford Geometry Set’ does not automatically qualify you to attend Oxford University,” says the report’s author, Dr Pythagoras Theorem. “Despite containing an impressive range of stuff for doing sums and having a vaguely intellectual looking picture on the tin.”

“Most kids aren’t even sure what the contents are for,” he explained, “the ruler is simple enough, but the protractor usually ends up broken and the compass is mainly reserved for stabbing your mates. It’s really just a fancy pencil case, and is a bit like getting a scientific calculator, loads of new buttons, but still mainly used for entering the number 80085 and sniggering.”

“That said,” Dr Theorem continued, “My scientific calculator allowed you to enter the letters A, B, C, D, E and F, so I was able to type the word FAECES by using a five as an S. That’s a fancy word for shit, don’t you know?”

All of the parents we spoke to were devastated by the news, with the reaction of 31 year old hairdresser Isosceles Triangle typical of their response. “This is terrible news,” said Mrs Triangle, “I bought my son Scalene this set, and an Oxford dictionary, and a pair of Oxford shoes, and took him to Oxford Island. I was sure he’d make it into the university, and it turns out that all he’s done is learn how to type 55378008 into his calculator and turn it upside down.”

We put her concerns to Dr Theorem, who dismissed them as “poppycock” before sniggering behind a book. “I should know, I’m the one with the doctorate,” he claimed, “gained from Cambridge University for carrying their big school atlas around during my seven years at Inst.”