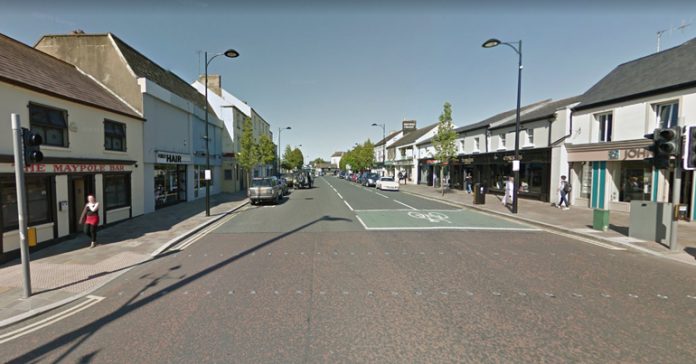 Holywood was controversially awarded the coveted Golden Hole trophy at a lavish ceremony in the Europa Hotel today, leading to allegations of corruption from defeated rivals Bangor.

The town was languishing in third place behind its larger neighbour and shock outsider Glenarm, but when the three entered a hole-off competition it was Holywood that emerged victorious.

This led to a furious protest from the Bangor delegation, who immediately accused their North Down rivals of bribing the judging panel.

“They had Rory McIlroy passing out jars of homemade jam to the judges,” claimed the chair of the Bangor team, Archibald Yacht-Club, “and we saw that Jamie Dornan canoodling with the ladies on the panel. It’s just not on, a bit like his trousers half the time.”

“Everyone knows we’re so far up our own holes that we can see daylight through our bellybuttons,” said a delighted Glen Lyon-Park. “We have a road called The Esplanade for heaven’s sake, no one even knows what an esplanade is, never mind whether it should be a road!”

“And we have a May Pole, stick that up your arse, Bangor.”

There was also massive disappointment in Hillsborough, which missed out on a top three place for the first time ever.

“We’ll just have to go back to the dressing room and talk over where we went wrong,” we were told by their deflated manager Viscount Stirling Lobster-Bisque. “I’d imagine some Dromore people were in the village when the judges called by, they lower the tone most awfully.”

The annual Town most up its own hole awards is usually announced in August, but this year we forgot. For any press enquiries please contact someone else.