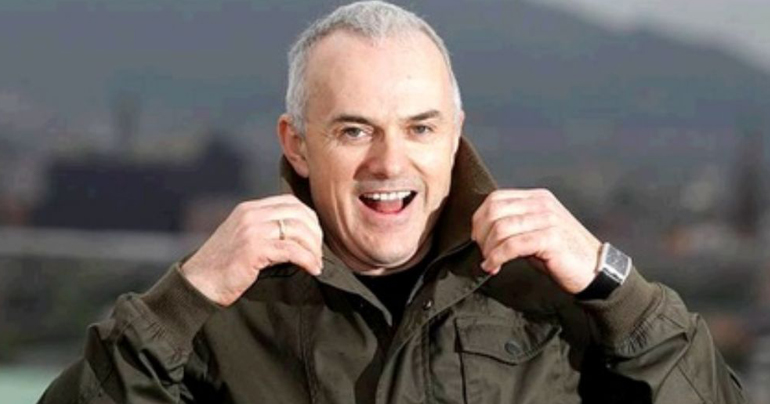 Controversial weatherman Frank Mitchell has admitted responsibility for the so-called “weather bomb” which has ravaged parts of Northern Ireland. The former School Around the Corner presenter revealed it was part of an on-going campaign that he has been conducting aimed at increasing his screen time during the UTV news.

“Everyone knows I am the main man on the news, I am the star, I am the one the viewers want to see,” he claimed. “The whole ‘weather-watchers’ thing was getting a bit tired, and seedy to be honest – I mean you should see some of the photos I get. Also I’m beginning to run out of towns for those really annoying ‘where is this’ slots that I do. I had to get more screen time somehow, and if there’s one thing that they teach you at weather school, it’s that violence pays. So I planted the weather bomb, sat back and waited.”

His BBC Newsline counterpart Barra Best has condemned the attack. “Frank needs to come into the 21st century and realise that terrorist tactics are not the way forward. Not long ago people were thinking “who’s that baldy boy in the tight suit who’s not Cecilia?” now I’m doing really boring things about trains.”