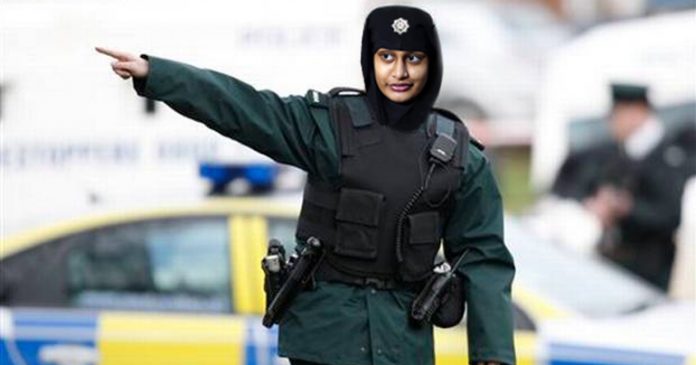 Following Mary Lou McDonald’s comment that the new PSNI Chief Constable should be ‘an outsider’, police chiefs have sensationally called her bluff and offered the job to ISIS bride, Shamima Begum.

“She may have just lost her British citizenship, but she can simply do what the rest of the UK are doing ahead of Brexit and apply for an Irish passport!” explained policing board spokesman, Neil Knorr. “So under the terms of the Good Friday Agreement, she’d be an eligible candidate!”

An unflinching Sinn Fein were quick to welcome the news.  “Her experience with terrorism and hatred of the Brits means she definitely gets our vote,” laughed republican spokesman, Fiachra O’Fuchstiych.

Surprisingly the DUP also welcomed the news of her shortlisting – however no-one senior in the party was available for comment.  “They’re all busy preparing a list of stuff to send her to shop for,” revealed an insider.

But at the time of going to press, Ms Begum told us she had turned down the offer.

“There’s no way I’m moving to a war-zone like Northern Ireland!” she laughed.  “You clowns don’t even have a government. I’ll just stay in Syria, thank you very much!”