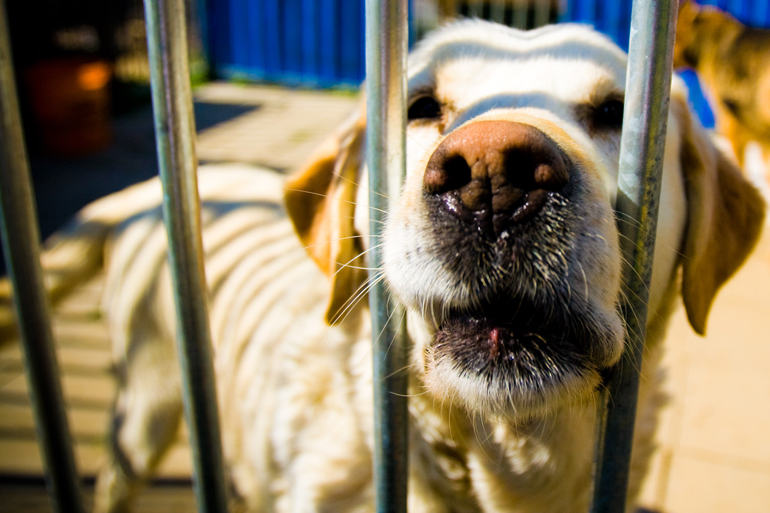 Craigavon District Magistrate Herbert Dredd has jailed a group of dogs to for “deliberately withholding information from police”.

Sentencing the dogs, understood to be aged between 3 and 9, Mr Dredd condemned their “flagrant disregard” for law and order. “I’m sick of reading that the police are unable to gather sufficient evidence on major crimes,” he told the accused, “only to hear members of the public declare that ‘the dogs in the street’ knew who did it.”

The dogs’ solicitor, Barry Wodehouse, had claimed that his clients lived in fear of their lives. “If everyone knows that the dogs in the street know everything, the perpetrators of the crimes also know that the dogs know, you know? If my clients were to contact the authorities it is likely that they would find themselves the target for reprisals.”

“Furthermore, there’s an equality issue here,” he told the court, “my clients are being targeted because they are street dogs. Who is to say that the dogs in the park, on the beach or relaxing by the fire are not also guilty? Anyway, have you ever tried dialling Crimestoppers using furry paws?”

Dismissing his claims, Judge Dredd sentenced the dogs to 2 years in prison, although he did say that this would be reduced if they were “good boys” and managed to learn some new tricks, regardless of their age.