The 11th night to be rebranded as ‘Tyre Festival’ 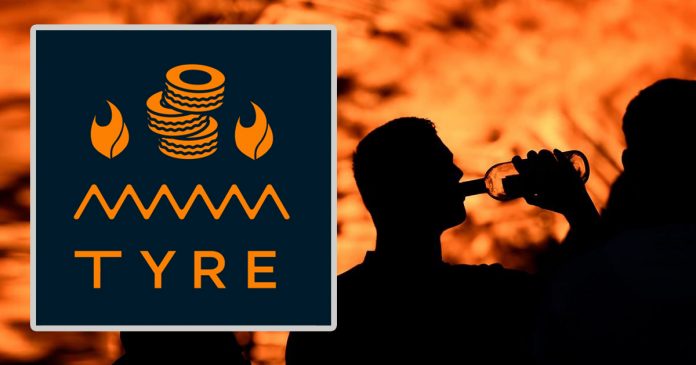 An entrepreneurial East Belfast bonfire builder is relaunching the 11th night celebrations as a luxury loyalist festival, The Ulster Fry has learned.

‘Tyre Festival’ will be an ‘opulent re-imagining of loyalist party culture’, according to founder Billy McFireland, who wants to raise the profile and sophistication of the evening.

“However Tyre Festival will offer loyalists a classier way to celebrate our culture at a more prestigious VIP bonfire event, attended by fashionable, beautiful people, who want to fuck the Pope in more contemporary and upmarket surroundings.”

After being picked up in a limo and shuttled to the purpose-built bonfire site for unlimited free canapés and champagne, guests will bask in the warm glow of a professionally controlled ‘Tyre Fire’, according to McFireland.

“Our bonfire will only contain used-tyres from eco-friendly, high-end electric car makers, such from Tesla, Mercedes and Audi,” he explained. “Plus palettes made from wood sourced at sustainable forestation projects.”

“Top DJs will play a selection of specially remixed loyalist tunes,” he continued. “Whilst a team of scantily-clad buxom babes will circle the gala event giving out complimentary fat lines of high-grade Columbian marching powder on silver platters, into the wee small hours.”

However construction workers at the site, which is oddly where bonfires are usually held, remained tight lipped on Billy’s ambitious plans for Tyre Festival – for which he’s reportedly sold over 900 tickets.

“Daffuq?” said a spokesman for the group.