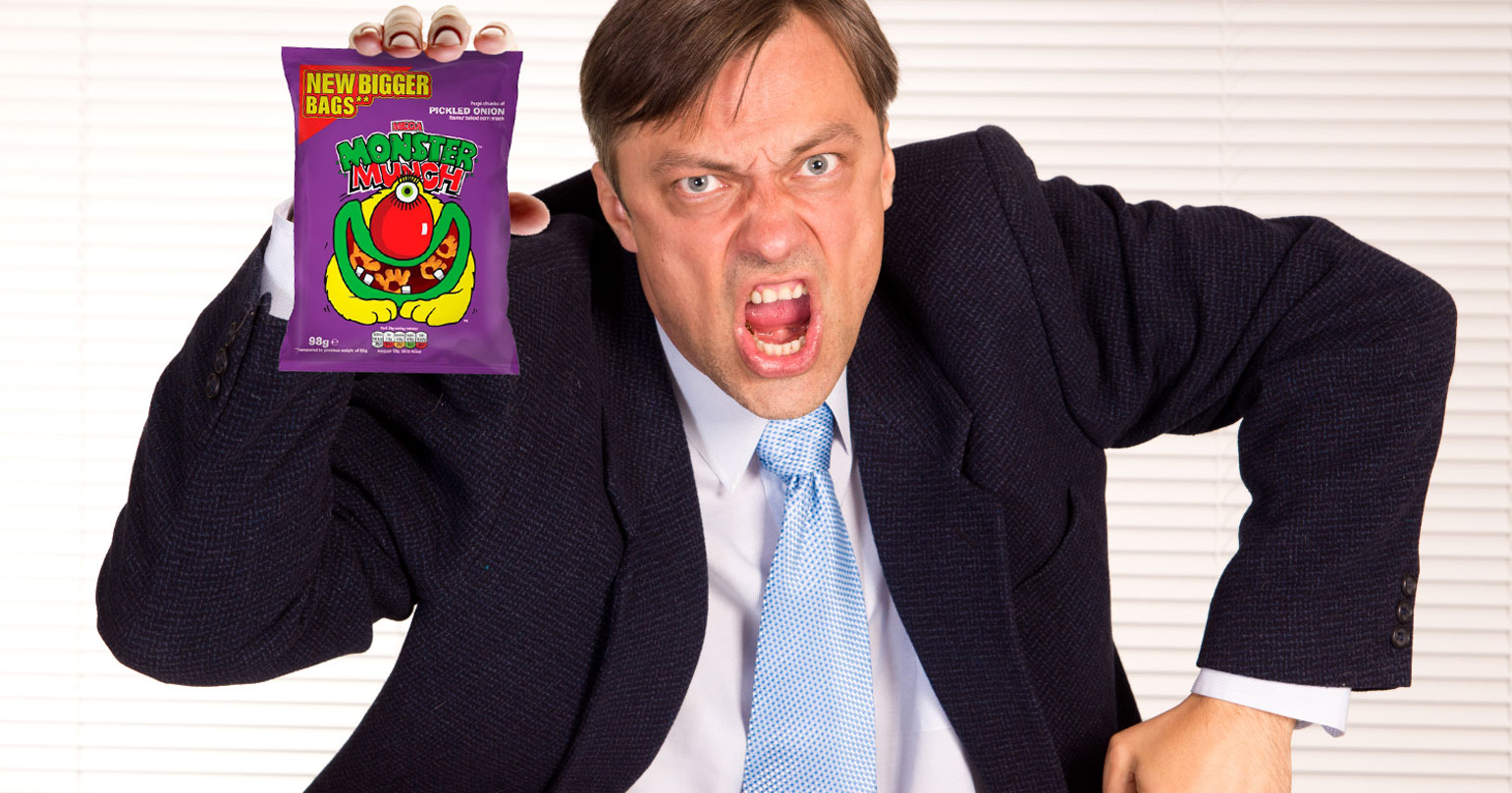 Councillors in Lisburn and Castlereagh have sensationally voted to support a ban on the sale of the popular corn based snack Monster Munch in schools across the district.

Downshire East DUP representative Carson Robinson had proposed the controversial motion, arguing that the crisps are “symbolic of either evolution or Satanism, probably both.”

“The name of snack must be referencing either dinosaurs, which didn’t exist, or Lucifer’s minions, which might,” he told his fellow councillors. “We are quite literally feeding our children evolutionary propaganda or Satanism, and no right thinking parent could support that.”

His party colleague Robinson Carson had similar concerns. “Look at the so-called budget alternatives,” he argued, “Space Raiders, Transforma-Snacks, Fright Bites. They all promote belief in aliens or the occult, except Wotsits.”

News of the ban soon spread to Newry and Mourne council where angry Sinn Fein representatives were also debating ‘cross border harmonisation on the Tayto question.’

“For too long our crisps have been riddled with a partionist mentality,” said Slieve Gillion councillor Cáis Ainniún, “It is time to introduce a common bag colouring policy to prevent people accidentally buying salt and vinegar when they cross the border, and if Theresa May doesn’t like it, she can stick her Walker’s where the sun don’t shine.”

There are fears that the crisp related crisis may become a major sticking point at the Stormont negotiations. “Aye it looks like we’re heading for crunch talks,” said BBC political correspondent Ron Cocktail.