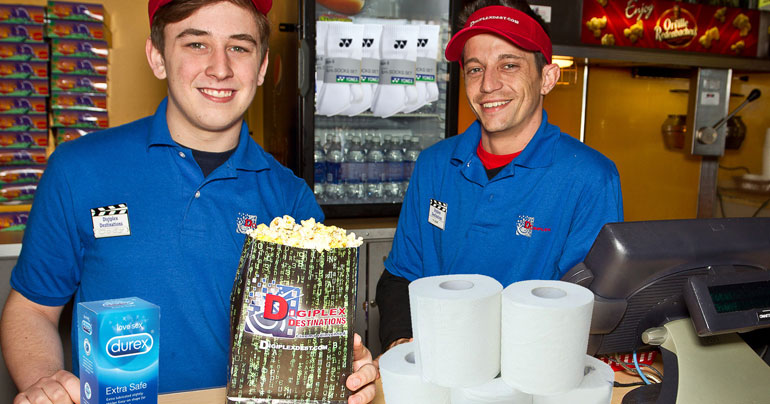 Starting from Monday the cinema will begin showing exclusive ‘Men only’ screenings of the porntastic thriller, using a version of the film which has been painstakingly remastered to remove all the ‘boring talky bits’.  It is hoped that this adaptation of the movie, which runs for just 42 mins and contains only ‘dirty stuff’, will keep the male audience engrossed in a plot which had previously been criticised for being ‘a load of oul shite’.

Management have confirmed that lighting in the cinema would be made ‘especially dark’ during the male-only showings, and that a special ‘leave-a-gap’ seating policy will ensure ‘maximum discreetness’ for patrons whilst also allowing ‘plenty of elbow movement’. Special combo-meals are on offer during the shows too, which have been specially designed to suit the occasion.

A large popcorn and a jumbo toilet roll will be £6.49, whilst the more budget conscious gentleman can avail of a medium Coke and sports sock for just £4.99.  For the high-rolling connoisseurs however, VIP seats are available for pre-booking, which come with cheesy nachos, a glass of sparkling Buckfast and three ribbed condoms – in what management have nicknamed ‘The Snobby Combo’.

Despite it’s short running time, screenings of this version of 50 Shades will have several ten minute intervals, during which time men will be able to go for a smoke, check their Facebook and top-up their combo meal ‘accessories’. Additionally, audience members can call an usher at any time, to rewind and pause the good bits.  It is thus expected that the entire performance will be around 4.5 hours.

However the plans were slated by the Derry Association of Scorned Women, who said the news only went to prove their organisational mantra that all men were wankers.