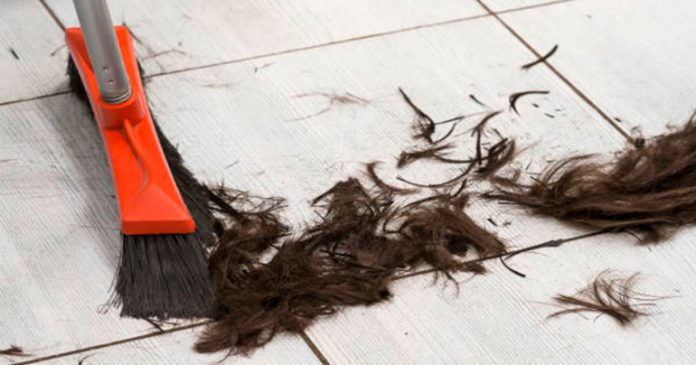 The Stormont Executive has been forced to take emergency action to cope with the huge amount of post-lockdown waste generated by Northern Irish hairdressers, The Ulster Fry understands.

Experts predict that upwards of 350 million tonnes of clippings will be swept from the floors of hairdressers and barber shops over the next 14 days, leading to fears that the entire province could be buried under a mountain of discarded hair.

“It’s a crisis of hair-raising proportions,” said Professor Sheldon Holders from the University of Life, looking pleased with his wee joke. “Just this morning 4 tonnes of ginger curls were removed from one Co. Fermanagh barber shop alone, all of it generated by a single family of four. Our standard waste disposal methods just can’t cope.”

“When you throw in the ear and nose hair clippings from Tyrone wans we could be in real trouble.”

As a result, officials from the Department of Agriculture, Environment and Rural Affairs (DAIRHHEA) have put in place emergency measures which will see Lough Neagh become a giant hair disposal centre.

“If all goes to plan we will have a new tourist attraction,” said DAIRHHEA spokesman Albert O’Balsam. “Except instead of water based activities we’ll have a ginormous hair filled pit that people can visit to, errrr, roll around in hair.”

The Ulster Fry had hoped to add to this hair filled pit, but can’t get an appointment until July 2027.