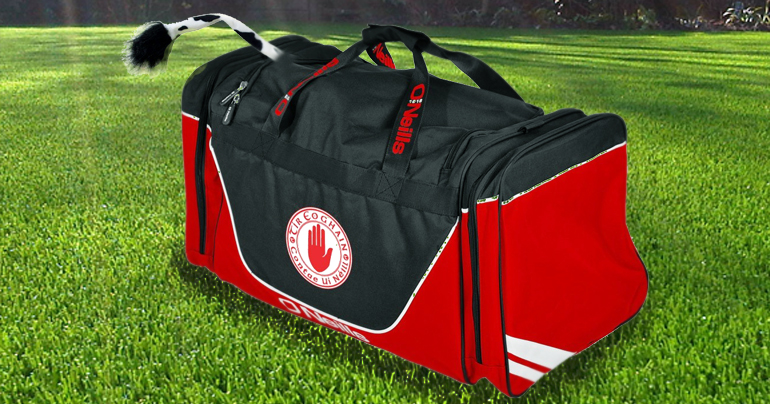 Relationships between town and country were put under strain this morning after it emerged that police have uncovered an ancient All-Ireland cattle smuggling operation masquerading as amateur sports enthusiasts. The bust started innocently when police were called to a student house in Belfast’s Holylands area, asking them to turn down the volume on their 37th repeat-play of Gareth Brooks’ Greatest Hits. It is reported that neighbours had complained that ‘Tomorrow had already come’, and they had to ‘get up in three f**king hours’.

Once at the scene, however, one officer noticed that a ginormous bulging O’Neill’s bag in the hallway was gently moo-ing, and quickly called in reinforcements to investigate. Four male housemates from Tyrone, Down, Fermanagh and Armagh were immediately detained for interrogation, soon cracking under pressure to reveal that their cross-country, tracksuit wearing, bag hauling escapades were merely a front for Ireland’s oldest inter-county cattle rustling scam.

One of the detained, 23 year old Paddy Cochran from Cookstown, admitted he’d only been pretending to study Advanced Carpet Mechanics at Queens University, but had in fact been working as a mule for a Beef-Cartel in Aughnacloy.

Another, Fearghal O’Rourke from Kilkeel, supposedly studying a Masters of the Universe, broke down and revealed that his local hurling team were merely stick-wielding enforcers for the Rostrevor Triads, who have been notoriously flooding the streets of Newry with black-market semi-skimmed milk.

The ingenious operation is now feared to have infiltrated the entire country, with a network of sports-clad operatives transporting illegal livestock on Translink and Bus Éireann services throughout Ireland in colossal GAA bags.

A Department of Agriculture spokesman admitted that questions now had to be asked of the effectiveness of Customs sniffer dogs, after early tests showed that just a few pairs of sweaty O’Neill’s socks could mask the scent of three heffers and 50lbs of manure.