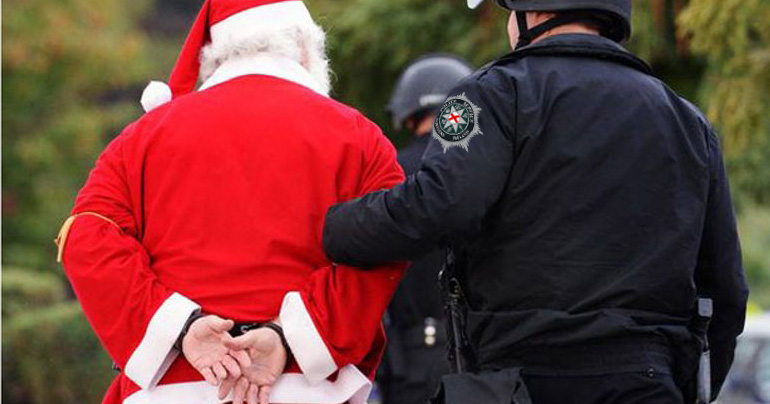 The Public Prosecution Service for Northern Ireland held emergency Saturday hearings at Belfast Courts today to deal with drunken incidents from last night’s ‘Black Eye Friday’ around Norn Iron. We’ve brought you a round up of all the drama…

Sam Bookah, 24 from Newry appeared first in court this morning charged with firing shots into the crowd last night at a local nightclub. “You ruthlessly bought tequila for random strangers at the bar last night without regard for their safety” scolded district judge Marge A. Rita. “And then savagely chased them with a salt” she added.  He was also found guilty of planting several jagerbombs.

Police are looking to speak two men from West Belfast who drunkenly gatecrashed a house party in Twinbrook last night and ate a ‘whole rake’ of vegetables being pre-prepared for next week’s Christmas dinner. A senior dissident republican has confirmed that they are currently sifting through local sewers looking for clues to the perpetrators identity. “Sprouts will be shat!” they warned.

Next up two men, one from Derry, the other from Londonderry, appeared before the court for viciously brawling in public after taking offence to emblems on each others clothing. “His Christmas jumper was a load of balls!” moained 27 year old Coleslaw McDaid. “…and mine was wild deer.”.

Shane Les Selfie, 28 from Bangor, appeared next on the docket charged with multiple counts of indecent exposure in Ten Square. “Sorry your honour” he told the court. “I’ll get the camera on my iPhone fixed first thing on Monday, I swear”.  Mr Selfie, a criminal snapchat user, was also cautioned by police for repeatedly flashing his meat and two veg during his staff Christmas dinner.

The entire staff of Santa’s Grotto in Castlecourt Shopping Centre appeared next before magistrates today charged with repeatedly baring their arses whilst on Christmas do in their work uniform.  The police have issued a Public Elf Warning.