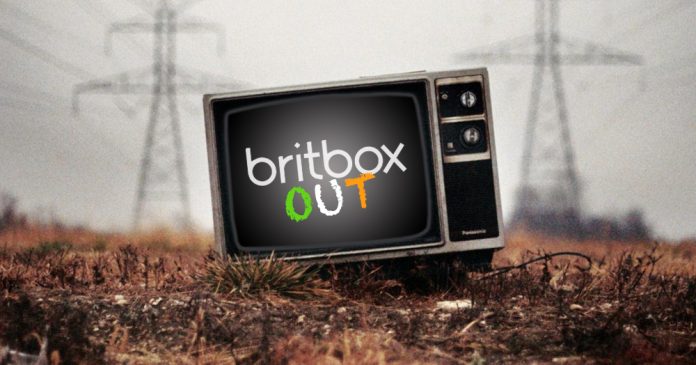 The new Netflix style TV service planned by the BBC and ITV got off to a shaky start yesterday when it was hijacked in West Belfast soon after its launch.

It is understood that masked youths stopped the service on the Glen Road at 9pm last night, before bundling it into the back of a car and speeding off in the direction of Milltown cemetery.

“Much as me and my party abhor violence in all its forms, it is clear that the people of West Belfast will not accept the cultural imperialism of this so-called Britbox.”

“I urge all right thinking people to engage in a prolonged talks process aimed at getting rid of Britbox, and replacing it with a culturally inclusive Irish language equivalent.”

We suggested to Ms Gee that there may be some programmes on the service that she might enjoy, such as old episodes of MasterChef and Emmerdale when it still had farm in its name.

“Oh would that be on it?” she replied, “I do like a bit of Emmerdale Farm, particularly yer man Sugden.”

Fellow councillor Ray D. O’Teilifís-Éireann interrupted his colleague at this point to declare that even 1980s episodes of British soaps would not be acceptable to the Republican community.

“That was the height of the troubles, I don’t give a shite whether it was mildly diverting at 7pm on a wet Thursday, it has no place in West Belfast.”

Britbox was later found abandoned in Poleglass, and police were attacked by youths as they attempted to retrieve the service.

Three officers were injured during the exchange, but the crowd dispersed after they finished watching an old series of H Blockbusters.