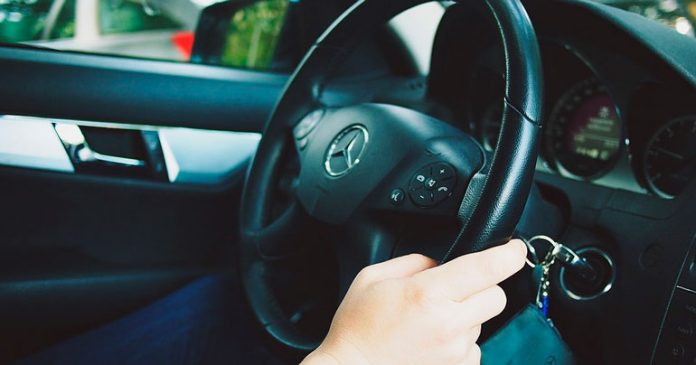 Police have confirmed that a Tyrone motorist has been detained after he failed to put his hand up to acknowledge a driver passing in the opposite direction.

It is understood that 36-year-old Newton Stuart was recorded committing the offence by undercover officers of the PSNI’s Culchie Investigations Division (CID) as he drove along the road between Plumbridge and Donemana.

“It was quite blatant,” explained CID Defective-Sergeant John Deere, as he showed us dash-cam footage of the incident. “In this clip you can see him keeping both his hands firmly on the wheel as he approaches our unmarked vehicle.”

“He doesn’t so much as raise a finger, never mind put the back of his hand to the windscreen, it’s an astonishing breach of the Culchie Code.”

This is just the latest in a spate of crimes against Culchiness committed in the area, explained fellow CID officer Davy Brown.

“We’ve made 6 arrests recently for similar offences,” he told us. “We’ve had farmers driving without a bucket in the link box, drivers failing to stop when there was a gate to look over, and have charged one individual with 2 counts of wearing black shoes instead of brown, one count for each foot.”

Local people have been urged to be vigilant, but Sergeant Deere has said there’s no need for panic.

“Residents can sleep safe in their beds, secure in the knowledge that we’re on patrol in the area, with a boot full of bailer twine and lengths of blue pipe to deal with offenders.”

The Ulster Fry understands that Mr Stuart has been found guilty of the offence at a special sitting of Plumbridge High Court, and sentenced to deportation to Fermanagh.