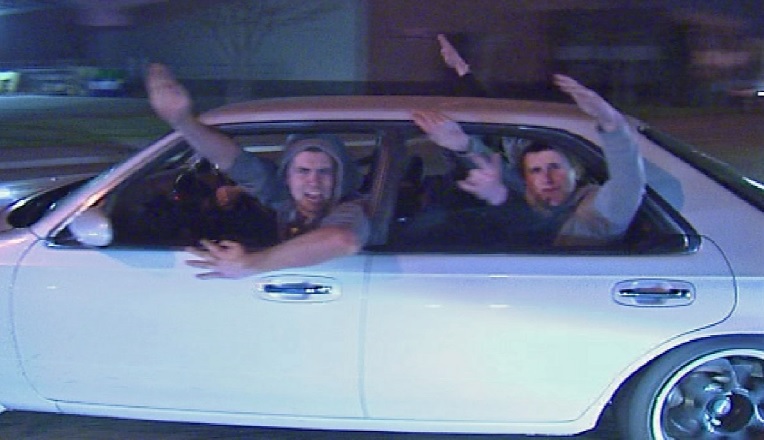 The PSNI have released details of a new Traffic Branch unit that will specifically target young males driving so called “hot hatches”.

“The Boy Racer Division is currently undergoing special training,” said Superintendent Brian Cant, “tailored to allow them to first recognize, and then eradicate, these roadside menaces.”

This training focuses on identifying the racers at an early stage. “The first indicator of ‘boy racer’ status is the type of motor that they drive,” explains Cant. “Generally it’s a fairly decrepit hatchback worth about 50 quid – typically a Fiesta or a 106 –  that has been sprayed bright orange, lowered to about an inch off the ground and then laden with immense speakers that wouldn’t be out of place at the Glastonbury Festival.”

“It isn’t unusual for upwards of £3000 pounds to be spent on modifying these vehicles, turning them from MOT scraping rust buckets into uninsurable death-traps.”

The second part of the process is recognizing the traits of the drivers themselves. “Whilst out of their vehicles they can be spotted by their unusual dress sense – I mean who really wants to wear a jacket covered in adverts for oil companies and Scania lorries?” says unit trainee, Constable Floella Benjamin. “When they’re driving they’re even easier to spot, as their seats are so far back they can barely reach the pedals, and so low that they must be using their arses to brake.”

Once operational the new unit will focus on known boy racer locations. “They meet in car parks, park in a line and talk shite about girls and diesel, before attempting a doughnut and then going home to their mums,” says Superintendent Cant. “We’ll lift them there, or catch them when they’re counting loose change so they can stick £5 worth of fuel into their motor.”

A spokesboy for the Northern Ireland Association of Doughnutters, 21 year Dungiven teenager Johnny Ball, reacted angrily to the news. Speaking from just below the level of the window of his 1998 Renault Clio, Mr Ball argued that he and his fellow boy racers had as much right to be on the road as anyone else.

“We put literally millions of pounds into the public purse every year, mostly in fines to be honest, but some of us even pay our road tax as well,” he claimed, before speeding off to do handbrake turns on the Glenshane Pass.