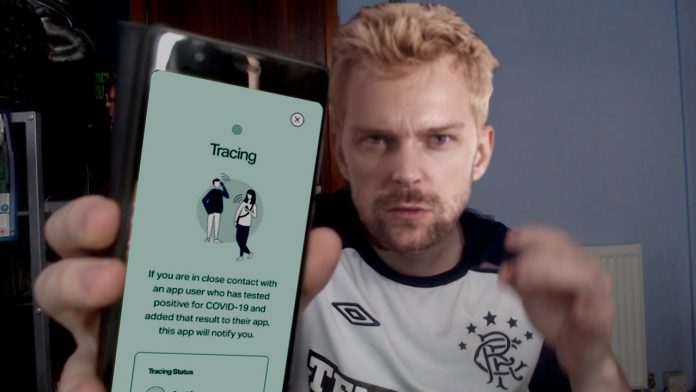 Northern Ireland’s new track and trace app is so sophisticated it knows the location of absolutely everything – including the elusive Firestick remote and bank machines that still give out fivers, the Ulster Fry has learned.

“Aw, it knows everything, let me tell you!” explained Bertie Onion, a Belfast technology expert we met in the pub. “It can tell you if you support Celtic or Rangers, what school you went to, and the built-in motion detection yoke can even tell what foot you kick with”

“I’ve heard it’ll phone yer phone for you when you lose it,” he added.

The news will comes as a huge surprise to the general public, who only had anticipated being able to track cases of Covid-19 with the app.

“Naw, this’ll do the heap!” continued Onion. “I picked my horses on it there earlier… and I’m gonna get it to find out what Chineses are open later.”

“Look, it can even tell me where the bogs are in here.” he added, as he left the interview to go for a pish.

However his claims were quickly disputed by a rival commentator.

“He’s plastered, sure he hasn’t set foot in a pub in four months and he’s been in here since opening time,” revealed the barman.

“And those are the wimmin’s bogs he’s away to.”

Despite this advice, we downloaded the app ourselves and it managed to find us an excuse for being in the pub all afternoon.

If you are having trouble finding it, you can get it here  and here📱.