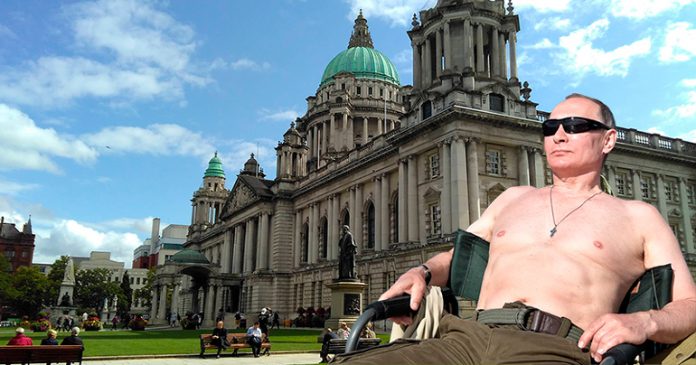 The Russian government been secretly meddling in councils across Northern Ireland, according to top secret government files we found on the internet.

The documents reveal that Vladimir Putin has placed agents at every level of our local government and pumped millions of Rubles into influencing the decisions of our councillors.

The allegations include claims that Russian spies….

Diplomats from the Russian embassy in Strabane have been quick to deny the accusations.

“We have much more serious things to worry about than the opening hours of Banbridge leisure centre, or where the dog shit bins are located in Hillsborough Park,” claimed the ambassador.

In unrelated news, Newry, Mourne and Down Council has voted to approve funding for an immediate invasion of the Ukraine and Vladimir Putin has been declared Mayor for life in Antrim and Newtownabbey.