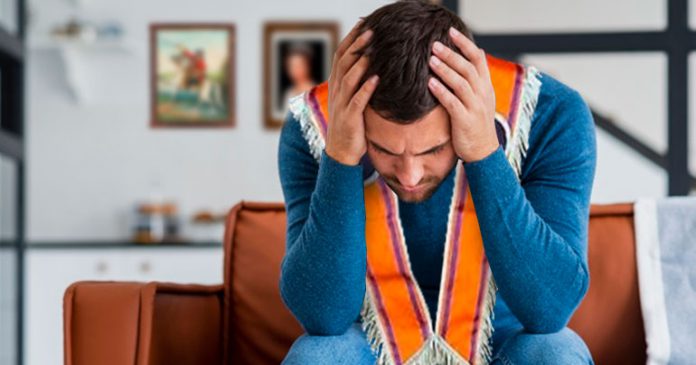 Doctors from across Northern Ireland are calling for urgent action amid an influx of patients suffering from Marching Season Withdrawal Syndrome (MSWS).

“We’re constantly dealing with patients unable to deal with the absence of marching,” says Doctor Shea Ah, from the Ulster Hospital’s Department of Made Up Diseases.

“Common symptoms include itchy feet, drumming of the fingers and an unbearable desire to shout ‘yeooooo’ at random moments.”

Newtownards man Gerry Swalls told us how he’d been struggling with the absence of parading during lockdown.

“Normally I’d be at a parade two, maybe three times a week at this time of year,” he explained , while shaking uncontrollably, “Now I find myself marching round the garden for hours on end with this whistling sound in my head.”

“Last night I was even sleep marching. When I woke I was in the bathroom, building a bonfire out of bog roll. Luckily the wife got me before I could light it.”

According to Dr Ah, patients are also presenting with a related problem, which he has called No-Offence Disorder (NOD).

“People suffering from NOD are struggling to find something to be offended by,” he told us. “Normally, they’d be out protesting at any passing parade, now they’re stuck at home, forced to be offended by members of their family walking through the wrong area of the living room.”

“Regardless of which disease people have, it can only get worse in the run up to July so there appears to only one possible solution for this crisis. Local broadcasters must re-run old Twelfth parades on a daily basis.”

“That way, MSWS sufferers can get their marching fix, and those with NOD can shout ‘get that shite off the TV’, whilst barricading themselves in the toilet.”