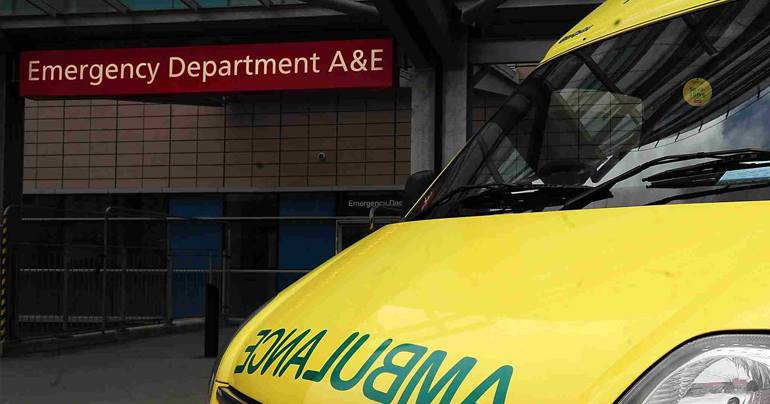 Health chiefs have said that services are stretched to “breaking point” after an unprecedented influx of so-called patients to Accident and Emergency departments up and down the country.

“This morning it seemed like everyone in Northern Ireland felt the need to make use of hospital facilities,” said Dr Albert Cod, who might be Head of the South Eastern Trust, “the emergency services were rushed off their feet with call-outs, and queues formed at every major hospital. If this continues, it is likely that the entire NHS will grind to a halt.”

At the Ulster Hospital in Dundonald, James Herring, a 30 year old Civil Servant from Newtownards, arrived at A&E at 8.30am but by early this afternoon had still not yet been treated. “This is a disgrace,” he complained “I’ve been waiting over 7 hours to see a doctor. I had a severe dose of Monday this morning and it’s probably cleared up by now, but I need a sickline so I’m stuck here.”

Elsewhere Majella Salmon had brought her son Sheerin to Craigavon Hospital after he sneezed whilst feeding ducks in Lurgan Park. “I thunk it might be that Bird Flu,” said Majella, “better safe than sorry.”

The situation was no better West of the Bann. At Altnagelvin Hospital we met 48 year old Albert Turbot whose daughter Kia-Ora had been waiting on treatment for several hours. “The cat just lit on her,” Albert told us, “one of the scratches was over an inch long, though to be fair it wasn’t that deep. It’s scabbed over now, but I’ll still be putting a claim in.” Meanwhile in Enniskillen Chief Consultant Walter Pike said that they had been forced to close their hospital doors at 11am after over 500 people turned up with a range of minor complaints, including stubbed toes, pent up farts and a burst spot.

Health Minister Jim Wells told us not to worry our wee selves and that he and his Stormont colleagues had everything under control. “It’s on the agenda for the next round of talks,” he said, “just below flags and parades, the Irish language, that thing at the Maze Prison and who makes the tea.”