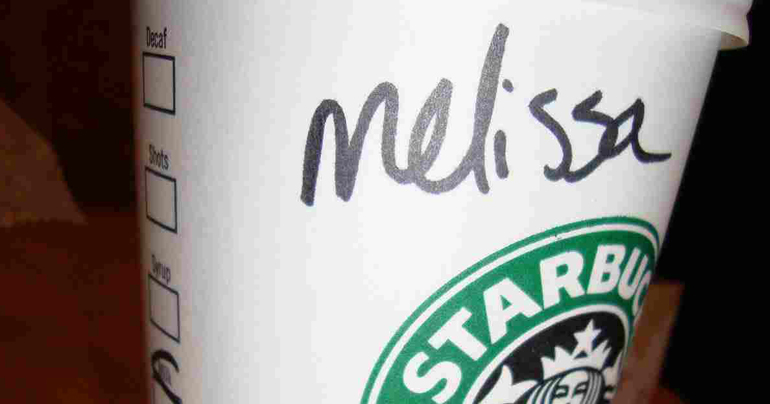 Stocks in Starbucks hit a three-year low this morning, following a ghastly ‘identify theft’ which left a customers life in ruins. The heartless crime took place just after 3pm yesterday, when a woman’s personalised ‘Grande’ Americano cup was stolen by an opportunistic criminal, who later used the identity to their own evil end.

The victim reportedly waited at the counter for up to 15 minutes for the coffee to arrive, before raising her concerns to staff. Police were then called to scene, who confirmed that the cup containing the woman’s identity had in fact been stolen.

Detectives found no trace of the cup, but confirmed that the customer’s bank account had been drained of funds – and that a huge personal loan had been taken out in her name. A series of unidentified eBay purchases offered detectives an early break in the case, but this line of enquiry was later closed due to the woman’s new ‘poor’ credit rating.

Security experts have long criticised Starbucks practice of putting customers identities on publicly accessible coffee cups. In April last year two female customers started shouting at each others kids, after their cups were mistakenly switched at the counter. Two months later, at the same outlet, a male customer oddly began cross-dressing after staff confused his order with his girlfriends. Whilst in August, at another Starbucks store, a man began talking in a comedy Russian accent, after awful handwriting put a unnecessary ‘V’ at the start of his name

The woman involved was taken to a nearby hospital with a suspected onset of amnesia, whilst the cup was later found abandoned inside a Winemark bag at a local park.  The discovery was made alongside several empty Buckfast bottles and crumpled cans of Carlsberg. leading police to police to believe that an underage element was involved in the crime. CCTV footage later confirmed this, with footage from a nearby off-licence showing two teens using the cup as fake ID to buy booze.

A Starbucks spokesperson said – ‘We can’t speak highly enough of Melissa. She was a valued Starbucks customer  who, according to Loyalty Card data, enjoys semi-skimmed milk, cinnamon sprinkles and occasionally buys a chocolate brownie.‘