Northern Ireland ‘will be one giant pothole by 2022’ warn experts 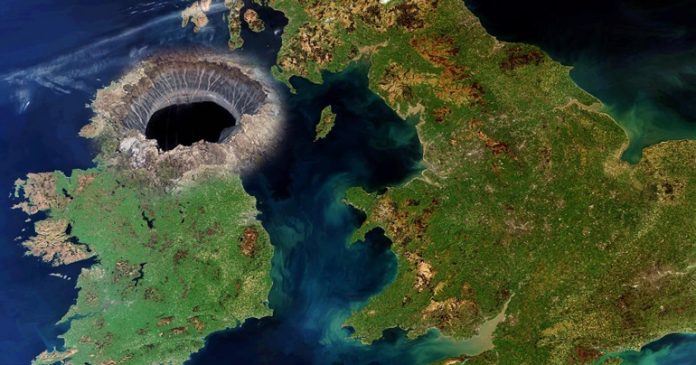 Northern Ireland is well on the way to becoming the world’s largest pothole, a major international conference was told today.

Addressing the World Holeiologist Society, Professor Gar MacAdam told his fellow experts that a lack of roads investment “combined with shite weather” mean that the entire province could disappear within 5 years.

“Not many people realise it, but Lough Neagh started out as a minor pothole on an ancient road from Antrim to Cookstown,” he explained. “Sadly no one in the Bronze Age could be arsed patching it up, and it gradually expanded until it became the massive watery hole we all know today.”

Recent research has revealed that our entire transport infrastructure is under threat.

“We estimate that 84% of the rural road network here is now made up of holes,” says the Professor. “The remaining 16% consists of narrow slivers of tarmac held together with cow dung, with the odd cat’s eye sticking out of it at a weird angle.”

“We’ve at least two reports of vehicles vanishing completely,” he continued. “In one case a lorry load of chickens drove into a pothole near Broughshane, only re-appearing 6 weeks later in a South African diamond mine.”

Professor MacAdam had one final word of warning.

“If Lough Neagh keeps expanding at its present rate, we can expect to see towns like Antrim, Crumlin and Ardboe disappear off the map completely,” he concluded.

If you fancy getting similar shite to this on a regular basis, and you’re on Facebook, then you might want to join The Ulster Fry Community.