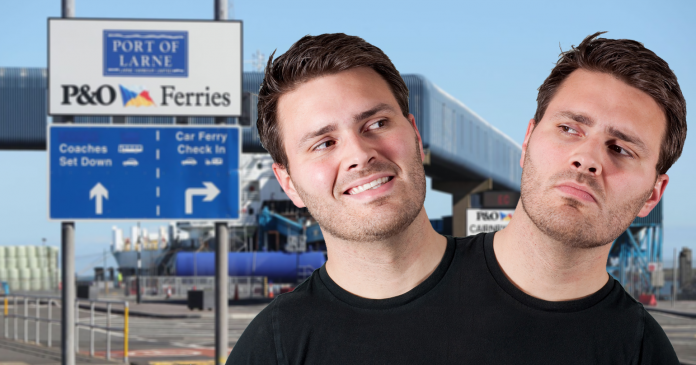 Following widespread public outrage that prominent sites across Northern Ireland could become dumping grounds for radioactive waste, Larne residents have stressed that it never did them any harm.

“They’ve been been disposing of nuclear waste here for decades and we’re absolutely fine!” revealed bearded mother of two, Flora Tubbs. “My husband is able to lend a few extra hands around the house and my kids are flying at school!” she beamed, pointing to two winged creatures circling a nearby playground.

Several popular NI tourism spots including the Sperrin Mountains, Lough Neagh and the Giant’s Causeway were revealed to be on the list of places to dump toxic materials, sparking anger across country. However the outrage has been cleverly mitigated thanks to the strategic inclusion of Warrenpoint.

The Mayor of Larne has since welcomed the news. “We’re delighted that other places around NI will finally get to appreciate the benefits of being actively avoided by tourists and the many perks of genetic mutation” he told us, whilst literally speaking out of his arse.

However his comments have angered people in Tyrone. “We don’t need no nuclear crap to scare away tourists and grow extra toes” explained Tyrone man, Ben Burb, on a shopping trip to the big smoke of Strabane with his wife, sister and aunt.

“The two of us have that covered!” he beamed, as they walked off hand-in-hand.