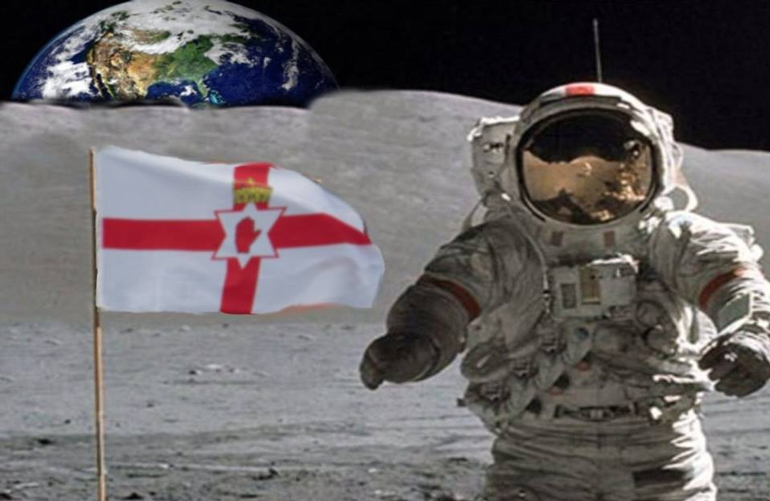 North Belfast Orange Order officials have stunned officials at the Parades Commission by submitting a request for a parade on the moon.

“It’s the next logical step in generating publicity for our cause,” said spokesman Schomberg Carson, “In many ways it’s not that different from North Belfast, a bit desolate and lacking in atmosphere, although we might have to bring our own lamp posts for the flegs”.

Mr Carson is adamant that the protest will be welcomed by any local residents. “It’s obvious that lunar life forms would be from a Protestant background,” he claims. “The moon was first discovered by Neil Armstrong, an Ulster Scot, and for centuries it has followed a traditional route around the earth much like themuns at Drumcree. The parade will be led by a newly formed band, North Belfast Rising Suns of William, and we expect half a million Loyalists to take part, or thereabouts.”

Sinn Fein have reacted angrily to the proposals and have dispatched professional agitator Phelim O’ Croissánt to organise the protests of any local residents who may or may not exist. “They’re bound to be our sort up there”, he told us, “it’s little Green Men, not little Orange Men. We fully expect to have a Dark Side of the Moon Resident’s Collective in place before themuns get their rocket into orbit.”

We understand that the Parades Commission has given permission for the march to go ahead, with the proviso that bands play only hymns going past the Sea of Tranquillity. No one from the moon was available for comment.