Peace Process In Crisis After U2 Video Is Shot In Belfast 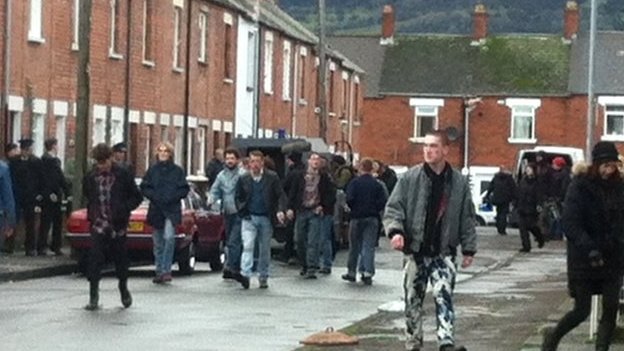 Political talks at Stormont were dealt a huge setback yesterday, after news emerged of the senseless shooting of a U2 video in Belfast.

Police were called to a scene near Donegall Road yesterday, after residents reported seeing a number of actors being shot whilst walking down the street. It appears several of the victims were forced to relive the nightmare repeatedly, as a tyrannical madman shot the actors several times over and cruelly ordered them to be cut afterwards.

The exact number of fatalities in this horrific crime is unknown at this point, however the PSNI are now looking to speak to U2 lead singer Bono over allegations that he’d been overheard murdering a song during the tragedy.

The police have setup a crisis room to help residents deal with the trauma of the event, many of whom found it difficult to get parked during the ordeal. It is understood that several were left badly shaken by the drama, after being forced to park two, sometimes three streets away – and carry Iceland bags over vast 100+ yard distances.

A subsequent statement from U2, confirming that the shootings were set to continue long into the night was condemned by both the DUP and Sinn Fein, shortly before they queued up to get their picture taken with Bono and the Edge.

The other two fellas, the names of whom nobody ever remembers, were apparently unavailable for comment, although we even didn’t ask them to be fair.

Worryingly this is the second such massacre in Northern Ireland in recent years, following the 2011 shooting of a Rihanna video in a field in Co.Down.