PSNI ‘alarmed’ at number of adults hanging around primary schools 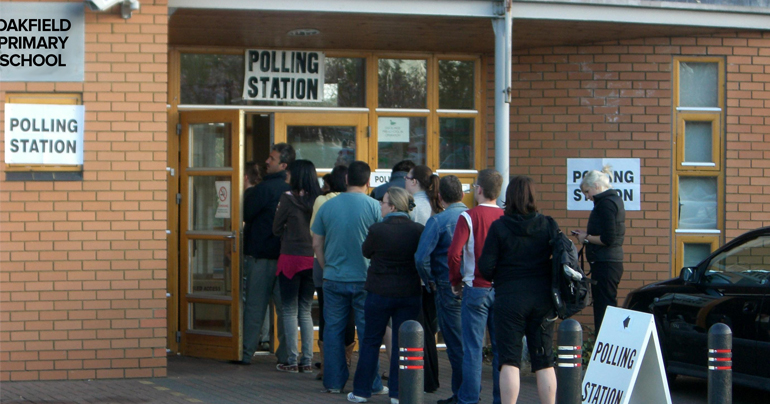 Local police have admitted they are growing ‘increasingly concerned’, as reports of strange adults hanging around primary schools continue to flood in from across the Province.

“Aye we’re quite worried, if a bit confused” admitted officer John Dishcloth of the PSNI’s Mysterious Goings-On Division. “All all across Ulster today, random folk have been loitering about primary schools and community centres, handing out leaflets with photos of strange looking men and women. Normally this would be of concern to local parents, but when we’ve knocked on their doors to warn them, most admitted they were ‘heading there themselves soon’, or had been down earlier.  I mean like, WTF?”

This was a concern echoed by his colleague, Detective Jim Brillopad, who admitted that after a detailed examination of school timetables, they’d eventually ruled out their worst fears. “Aye, naturally we were worried that these strangers might have unsavoury or nefarious intentions – sure ye can’t open a newspaper now without reading about these creeps and sickos, but in all the cases we’ve looked at today, the schools actually had a day off.”

“In summary” he continued “we haven’t a clue what the f**k is going on.”

As news of the mystery hit the media, one local historian came forward claiming that these people were part of ‘an ancient cult’ that had been around for generations.  Professor Wilson Shammy told us “As outdated and fuddy-duddy as may seems in today’s modern world, there are still people who believe that a society like ours, badly in need of change & progress, can be fixed by electing exactly the same bunch of dickheads we always have. The whole notion is preposterous.”

With officers somewhat appeased by this explanation, detectives on the scene are still perplexed by one mystery that continues to elude them. “Why the f**k are are there big massive photos of ugly feckers on all the lampposts?” enquired officer Ted Sponge. “Whoever is responsible obviously went to great expense. They are on every street lamp for miles.”

“Thankfully though, most of the bulbs are still broken cos of the DRD cutbacks,” he added. “So at least we can’t see the fugly bastids at night.”