“We know who let the dogs out”, claim PSNI Craigavon 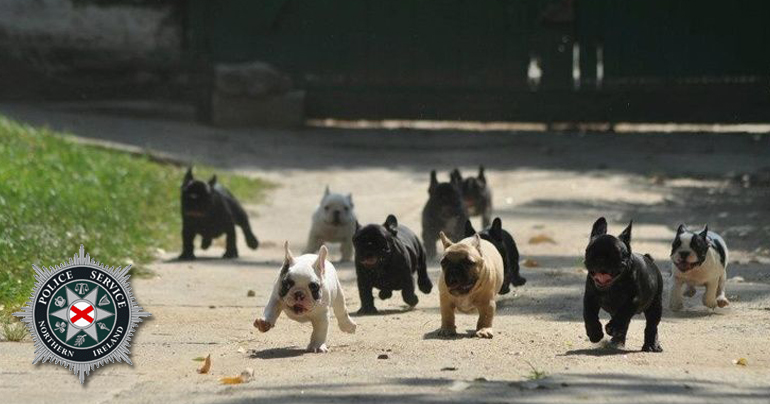 PSNI Craigavon’s humour-based policing strategy looks set to sensationally continue today on Facebook, with the news that they’re finally going to reveal who let the dogs out.

“This new evidence will bring 16 years of faceless torment to an end!” said officer Jim Diesel from Craigavon’s Historical Enquiries Team. “Turns out a fella from Lurgan caught the whole thing on video tape in 2000. But apparently getting stuff to go viral back then was a pain in the hole…”

“Ye had to take your camcorder door-to-door, playing it on people’s TVs with one of them funny leads… ye know the one with wee red, white & yellow ends? Anyway, even getting a couple of hundred views could take ye months!”

Thankfully however, with advancements in modern technology, the video will now be posted on social media, ending one of the world’s longest unsolved criminal cases.

“Our top boffins are preparing it for upload as we speak.” said officer Hugh Tube from Craigavon PSNI. “But we’re not digitally enhancing the quality like ye see on CSI:Las Vegas or nothing… we couldn’t be arsed with that shite. Naw, we’re just whacking black bars at the top and bottom, and typing some stupid white text on top. It’ll be quare craic!”

However not everyone was happy the way the case was unfolding.  “I can’t believe I’ve read over 200 words of your stupid f**king story and you still haven’t told us who let the bastarding dogs out” thought Ulster Fry reader, you, just now.

Meanwhile, in a swift change of subject that finally confirmed we’d just been talking out our hole, the PSNI Historical Enquiries team have admitted they’ve moved onto other famous cold cases that have never been solved.

“We know for defs that Bob Marley shot the Sherrif” continued officer Tube. “But we still haven’t a f**kin’ baldiest who shot the deputy.”

If you have any information, please call the confidential telephone number on 0800 555 111.