‘Balakinis’ to be issued on Northern Irish beaches 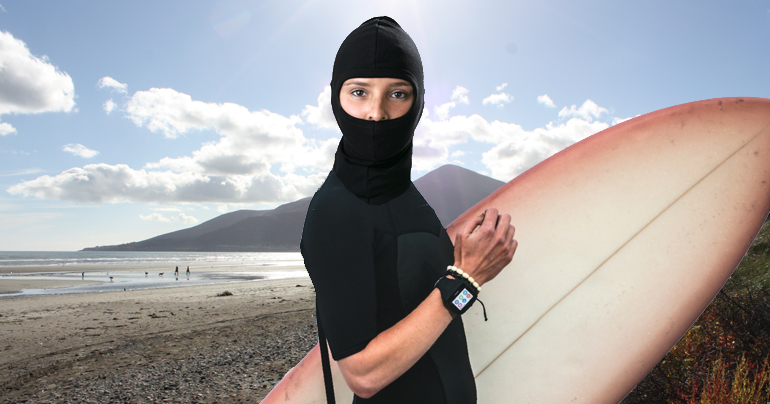 Following the news that French authorities are forcing Burkini wearing women to strip off – local councils in Northern Ireland have also released guidelines for how people should dress on their beaches.

However the authorities here are turning the French plan on its head and demanding that all visitors cover up as much as possible by wearing a Balakini – a combination of a wetsuit and full face balaclava that they claim is the only way to be fully protected from the elements.

“Let’s face it,” said Cecilia One-Piece, Portrush’s new community safety officer. “It’s f**king freezing on our beaches, only an idiot would wear anything less than 5 layers. Despite this, we’re seeing loads of wee hussies turning up here with their baps on show, or wee eejits going ‘taps aff’. It’s enough to give you goosebumps.”

The councils began patrolling some of our most popular beaches this morning issuing Balakinis to any underdressed holidaymakers.

Needless to say, the patrols met with a mixed reaction, with one American visitor we found on Portstewart Strand objecting strongly to being forced to wear the outfit. “It’s my God-given right to wear whatever I want to the beach,” said 48-year-old Buddy Smuggler, as he huddled beneath a blanket looking for his testicles.

However his partner Attracta Wheel-Nut was more enthusiastic. “Sure a balaclava’s quite traditional in Ireland isn’t it?” she told us, “and it’s better than looking at his fat face anyway.”

The councils have also received support from the French government, who are said to be delighted to learn that another country has decided to make a complete dick of itself by issuing laws about what you can and can’t wear on the beach.