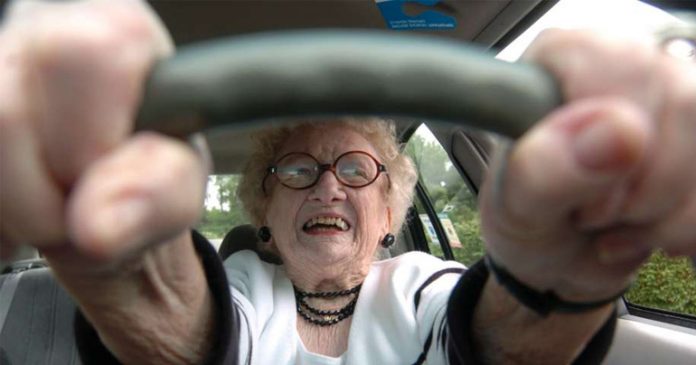 There were jubilant scenes across Northern Ireland today, after the PSNI unveiled a revolutionary new ‘Sunday Driving Curfew’, which will force people who don’t actually know how to drive properly to do it before noon each Sabbath day.

“Now that we’re not always knocking seven shades of shite out of each other” explained top traffic cop, Jerry Datsun “policing in NI has finally turned it’s attentions to the really important issues facing both sides of the community here”

“Such as cracking down on people who drive like clampits”

Under the new scheme it will be illegal to cause a tailback after noon on a Sunday, whilst anyone found driving under the speed limit after midday will be issued with a fixed penalty notice – and a good boot up the hole.  There have also been other sweeping changes.

“To cut down on administration, certain models of cars are simply banned from the road after the curfew!” continued Datsun. “These include Nissan Micras, Fiat Unos, Toyota’s Aygo, Hydundai i10’s – plus any other vehicle also powered by the motor of a second-hand washing machine.”

“If you own one of these shitewagons our advice is to either get out early, or just stay at home!” he stressed.

However the move has also angered many, who say that it could spell the end for the long held NI tradition of ‘going for a poke’ on Sunday.

“I’ve been driving around in second gear looking for an ice-cream for decades!” revealed Bangor pensioner, Gina Genelli.

“I’ve yet to find the place though” she added. “Do you have a map I could borrow?”