Queen celebrates birthday with massive carry out in Belfast park 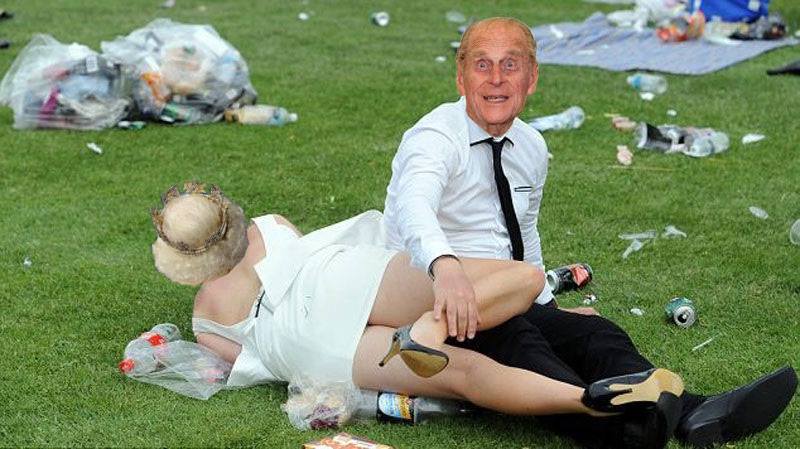 The Queen celebrated her birthday by getting blocked in Botanic Gardens, the Ulster Fry has learned.

A royal aide told us that the 90 year old monarch had ended up “completely snattered” after purchasing a substantial carry out from a branch of Winemark on the Lisburn Road this morning.

We showed the off licence assistant a photo of Her Majesty, and he confirmed that she had indeed visited his shop. “Aye that auld doll was in earlier,” he told us, “bought herself a bottle of wine and four cans. She also got a packet of wee Regal, which makes sense now you tell me who she is.”

The Queen is understood to have invited over a crowd of her royal mates for the al fresco gathering. King Philippe of the Belgians was spotted lugging a slab of Harp into a taxi outside Lavery’s, whilst Carl Gustaf of Sweden told us he picked up a case of blue WKD on his way in from the airport.

“They were wrote aff’,” we were told by one eye witnesses. “Prince Philip was abusing the other ones for being foreign and the Queen was shouting about how it was her f**king university and they could all stick that up their holes. Then someone said that the craic was ninety and she threatened to have them locked up for treason.”

It appears that this high spirited behaviour later turned nasty as the PSNI later released a statement revealing that they’d been called to a number of incidents of anti-social behaviour involving inebriated European royalty.

“We arrested a small group of drunk and disorderly monarchs on Great Victoria St around 6pm,” confirmed a police spokesman, “after they began arguing about who owned the Crown.”