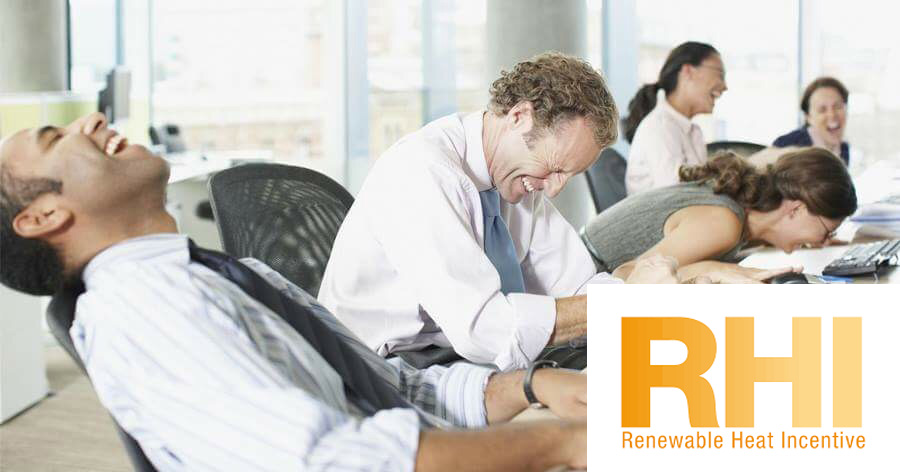 Whilst the rest of the country are furiously paying out their hole to heat horse solariums, Ferrari garages and chicken coups, Northern Irish comedy writers have revealed that they’ve been able to run entire satirical websites using a single reusable news story as a fuel source for nearly two months!

The news comes amid today’s allegations that RHI was funding morally reprehensible ‘puppy farms’, throwing even more fuel on the fire for comedians and satirists.

“This RHI material is quare stuff!” admitted Billy McWilliams from The Ulster Fry earlier. “We threw a lock of it into the website in around mid-December there and she’s still going strong! Every time we think she’s gonna die out another big heap of stuff magically comes out of the woodwork! It’s bloody great!”

His colleague Seamus O’Shea agreed. “So far we’ve burned through dozens of memes, umpteen videos and a tonne of articles – and there is still a whole rake leftover.” he exclaimed, pointing to a massive unused pile of poorly photoshopped Arlene Foster heads, corny fire-based puns and chicken-related DUP parodies.

“But it seems as soon we burn one politician for having an RHI link, another two pop up in their place!” he added.

Other comedy sources have found the material equally as robust. “Usually we’d have to go foraging on the internet to find good material to burn” said LAD founder John Paul Whearty. “But RHI has dumped enough stuff on our lap to get us through to next Christmas.”

“Except for your man Jake O’Kane” explained O’Shea. “He always wears a cap now – and he looks like a right f**king wab!”