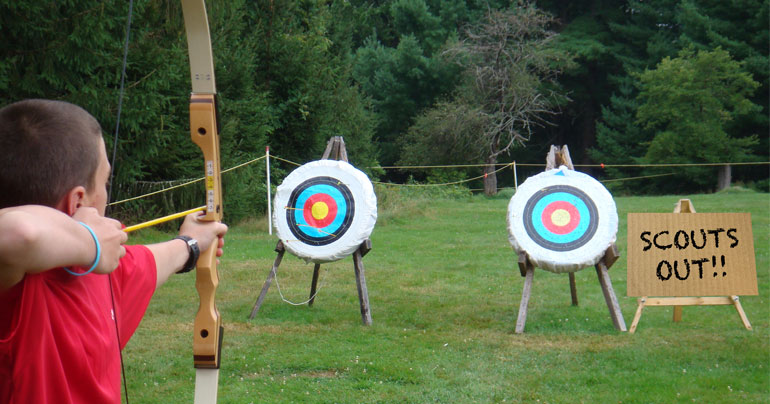 Following mature and insightful commentary from local political ‘expert’ Jude Collins, who claimed that the Boys Brigade are similar to local paramilitaries, Northern Ireland’s worst fears have been realised as the country’s two leading outdoor youth organisations declared war upon each other.

The Boys Brigade made the first move in the offensive, unveiling an orienteering course in Crawfordsburn Country Park which leads to a “Scouts will be shot” message written in twigs and branches at the end.  The PSNI have confirmed that the threat is real, and that they found a cache of air rifles hidden in little Billy’s rucksack, which they say “might have put someones eye out”.

Local scouts took no time in retaliating however, dispensing a punishment beating to two Boys Brigade members who slagged off their knots and critiqued their tent pitching skills. The Mater Hospital have confirmed they are now treating two 9 year olds for Chinese burns, two dead arms, severe diddy nips and a suspected wedgie.

Local paramilitaries have vowed to keep their communities safe from the emerging threat of “outdoor activists” – and have banned anyone from making campfires in their area smaller than 40feet high. “We urge residents to remain vigilant and to contact their local numskull if they spot anyone starting a fire without the correct equipment – such as pallets, tractor tyres and a gallon of petrol”

It is understood that delegations from Boys Brigade and Scouting Ireland have since been brought together for peace talks with leading political parties, however the DUP has refused to attend after learning that they had to make camp first.

One source has described the negotiations as being “In tents”.

Mr Collins has since been awarded his Excavation Merit Badge for his follow-up appearance on Nolan Live last night. “Not only is he an ageing fossil” remarked one viewer “but he dug a quare f**king hole for himself”