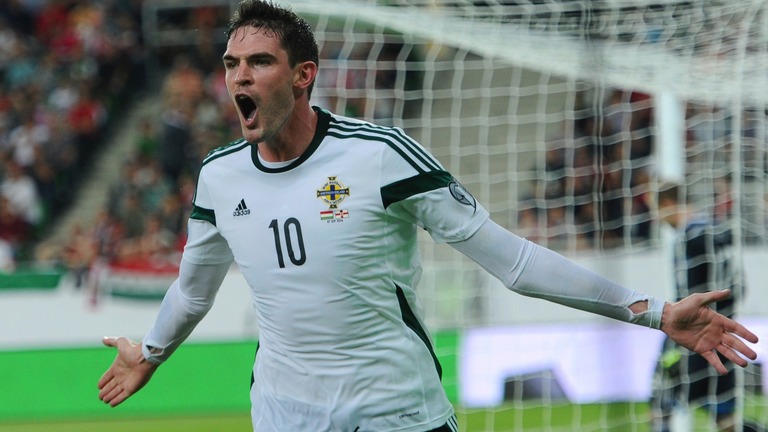 With the country already at a standstill over recent strike actions, strikers of all sorts have now announced plans to go on strike too.  It began this morning in the world of local football, as goal scorers heaped yet more misery on the NI economy, by announcing that they would ‘no longer be striking for their clubs – as they are now on strike’

As a result, over 87 Strikers from all divisions of Irish football have officially joined the Strikers Union non-striking striking action, and agreed not to strike for their clubs whilst they are on strike. Releasing a statement this morning, Head of Strikers Union, Glenn Ferguson said – ‘The strikers of the Irish league had enough of the poor pay conditions and mediocre goal celebrations compared to our English counterparts. As of today, none of us will be striking for our club. Instead we’ll be striking outside them.’

A group of strikers are now understood to be picketing the gates at Windsor Park holding several placards outlining their goals for the campaign. However their club managers have all come out in condemnation of their strikers strike, saying that this campaign has ‘more goals than most of them scored last season’.

In a further blow to the local economy, match manufacturer Swan has announced that none of their matchbox strikers will work for the next 24 hours, as they too will be going off-strike. The news comes at a bad time for Translink and Civil Service employees currently on strike, who will now find that their strikers won’t strike should they need a fag to calm their nerves about being on strike.

A representative from cigarette manufacturer Lucky Strike was unavailable to discuss the striking crisis affecting striking smokers as employees were ‘unluckily on strike’.

“This has got totally ridiculous!” said Martin McGuinness, who broke away from a family day out at Derry’s Brunswick Superbowl to speak to awaiting press. “These strike actions are now affecting everyone across Northern Ireland – and they need to stop!”

Despite going on to knock over all ten pins in his next round of bowling, McGuinness was disappointed to receive zero points for the achievement.

“Sorry” admitted Paddy Simpson from Brunswck “As of today all strikes at the bowling alley are officially on strike.”

“I’ll be honest, I stopped reading three paragraphs ago” admitted Ulster Fry reader Jonathan Borrow. “You ripped the hole out of this one” he added, as he officially went on strike from reading our website until tomorrow.