Three glasses of our champagne cures nothing, admit Lurgan Scientists 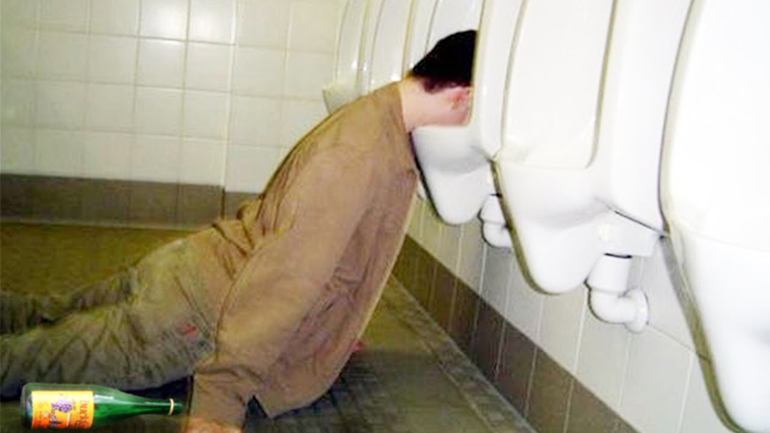 Following the revelation that drinking just a few glasses of French champagne a day helps to prevent dementia, Lurgan scientists have been forced to concede that the same amount of their local tipple is unlikely to bring any health improvements.

“We’ve been studying the effects of Lurgan Champagne for the past 25 years,” says Professor Francine McNugget from Craigavon University. “So far the only discernible benefit we’ve seen in consumers is an ability to empty the contents of their stomachs at random intervals, from either end.”

“Buckfast claims to be a Tonic Wine, but your average man is more likely to boost his immune system by sticking his winky in a hot toaster,” she claimed, “and we’d hardly recommend that.” We took the research, and several bottles of the local favourite, out onto the streets of Lurgan to try to gauge the reaction of some of the natives.

“This is ballix,” said self proclaimed wine connoisseur Chris McFlurry, as he drained his third glass, “We used to get give it in school instead of milk, and it’s pure brain food. Ye’d no bother with you’re times-tables after break time I’ll tell ye – to be hanest ye just didn’t give a f**k what the answer was.”

Local doctor Gerbil Snackbox was in full agreement. “I’ve been a GP in Craigavon since the 1970s,” he told us, “and prescribe Buckfast for most ailments. We have a complex system based on the number on the bottle, the more serious the disease, the lower the number. Just last week I prescribed a course of number 24 to a woman suffering from glandular fever. From what I’ve heard she’s forgotten all about her illness, although she’s also forgotten where she lives and the names of her children.”

“To be fair though, I also told a man with an in-growing toenail to stick his winky in the toaster,” he admitted, “and he too was back on his feet in no time.”