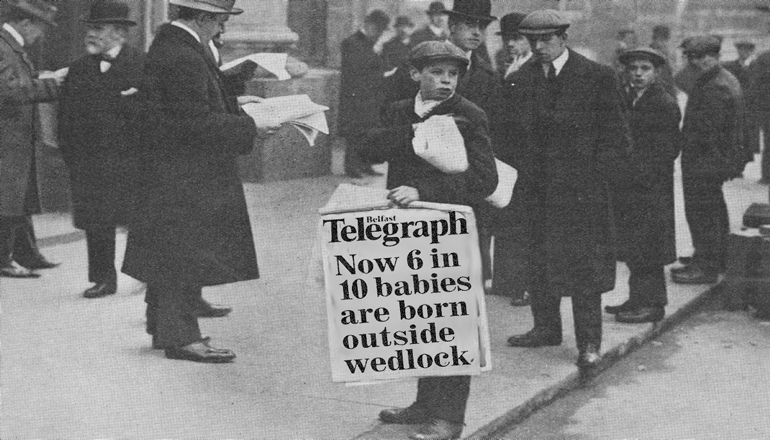 In a move seemingly designed to offend many of its readers, the Belfast Telegraph wound back the clock today with a front-page headline that screamed “6 out of 10 babies born out of wedlock”.

The article went on to tell us that the figure referred to babies born in Belfast and Derry – and that the average for Northern Ireland was in fact 4 in 10 – but according to our source close to the Belfast Telegraph, “that wouldn’t have made such a good headline.”

“As the biggest selling paper in Northern Ireland, it’s important to over-sensationalise and try and stir up as much controversy as possible,” our source told us. “That’s why the word ‘wedlock’ was chosen, I mean you can’t get more 1950s than that, and it’s bound to get the Free Ps excited.”

As if to confirm this the article interviewed the Rev David McIlveen, a well known representative of one of the smallest of Northern Ireland’s Christian denominations. He declared the news “a tragedy” before stating that “morals have been devalued, and people don’t respect traditional values.” Sadly the article didn’t clarify whether this would prevent the Rev McIlveen from continuing to try to force those people to follow such values.

The attention grabbing, puritanical headline is believed to be the first in a series of retro-articles planned by Belfast Telegraph chiefs, who have a new recruitment policy of hiring journalists from ‘ye olden days’. The paper is offering special inducements to attract long dead scribes from beyond the grave – pay rates have gone up to three shillings and sixpence a week, and the editor has even introduced a penny-farthing to work scheme.

“We have a wonderful new reporter from Victorian times called Barnaby Chuzzlewit working on all our top stories,” we were told. “He’s covering the scandalous sale of intoxicating liquor to women, as well as the astonishing new trend for off-the-shoulder dresses.”

Meanwhile, 17th Century crime reporter the Rev Nathanial Barebones is understood to investigating some acts of vandalism on Island Magee. “He’s like a bloodhound when it comes to crime stories,” says our source, “most folk think its the local teenagers, but Rev Barebones has all the evidence he needs to prove that it’s down to witches.” 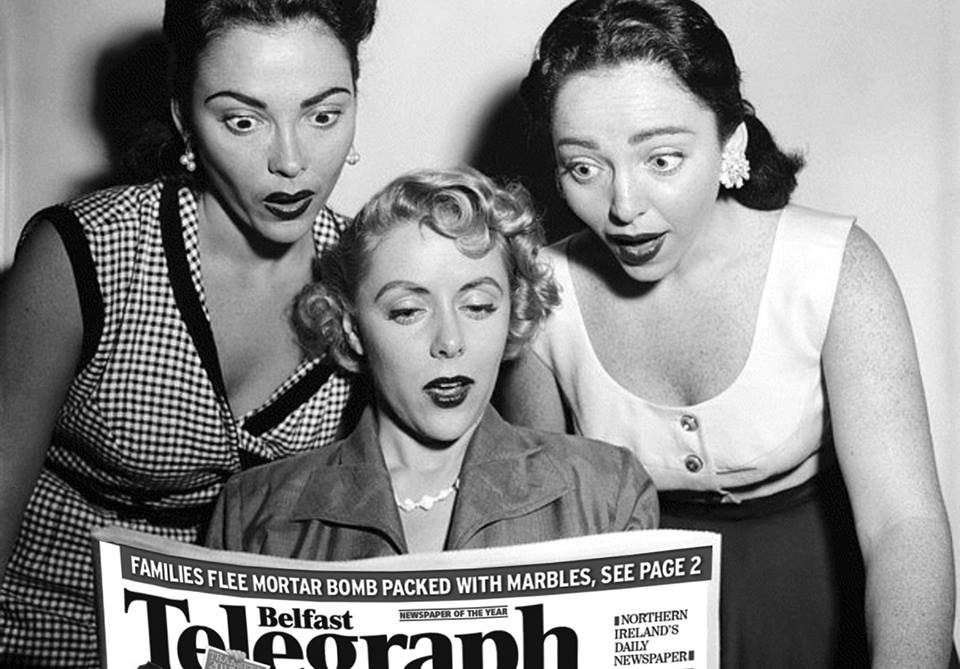